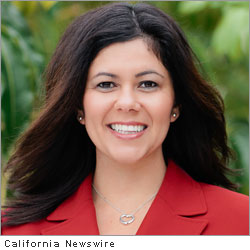 “After thoroughly considering the leadership skills and abilities that Michele Martinez has demonstrated as a Santa Ana City Councilmember, we are confident that her passion for service to the community in the State Assembly will be an asset to the citizens of Santa Ana, Orange County, and the State of California,” said Santa Ana Firemen’s Benevolent Association Secretary/Treasurer Bill Hencke.

“Like all Orange County residents, I am deeply grateful for the work our firefighters perform every day,” said Michele Martinez. “I am honored by their support and look forward to working closely with Santa Ana firefighters over the course of our campaign.”

As a member of the Santa Ana City Council, Martinez currently represents around 60 percent of the newly configured 69th State Assembly District. She was first elected to the Santa Ana City Council in 2006 and re-elected in 2010. A strong advocate for public safety, economic development and education on the council, she chairs the Parks, Recreation, Education and Youth Committee and is a member of the Neighborhood Improvement/Code Enforcement Committee.

Michele holds a B.A in Criminal Justice from California State University Fullerton and she is a product of Santa Ana High School and Santa Ana College. She works as the Director of Orange County Nutrition and Physical Activity Collaborative Obesity Prevention Plan.

Martinez is running for California’s 69th State Assembly District, which includes the city of Santa Ana and portions of Anaheim, Orange and Garden Grove. By population, the 69th Assembly District is the most Latino seat in California. Latino surname residents make up around 76 percent of population and compose over 50 percent of the electorate. Female Democratic voters hold a 6 percent registration lead over their male counterparts.