Marco Rubio often doesn’t show up for work. Instead of a pay cut or a demotion, he has been elevated to competing for the most important job in the world. Imagine how much better your life would be if you could take the same lazy approach to your work. 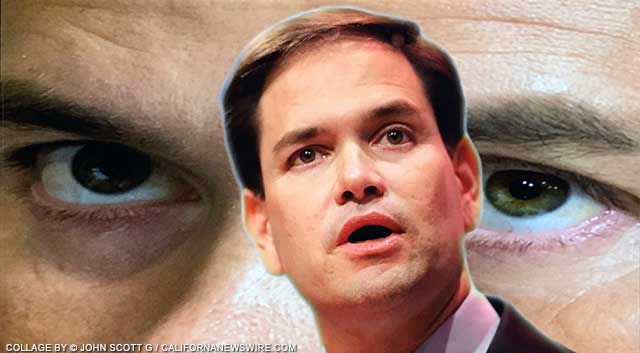 Campaigning for president can cut into your free time. But Senator Marco “Ken Doll” Rubio has found a good way around the problem: he just doesn’t bother to show up for his job.

A poor attendance record is one thing but in the case of Rubio, his avoidance of work is so glaring that newspapers and colleagues are calling for him to vacate his Senate seat so his state would be adequately represented in Congress.

Considering that his state is Florida — where elected officials are not noted for veracity or scrupulousness — perhaps his being away from work isn’t such a bad thing. But that’s a different story.

The point is that Rubio is leading the way to a new type of work ethic. We might call it “shirk chic.”

Defending his poor attendance record, Rubio claimed that voting isn’t the most important aspect of the job and that he wasn’t doing anything different from the other unqualified senator running for president.

“My absenteeism isn’t any worse than others who also probably shouldn’t be out campaigning like crazy, hoping to be chosen for vice president on a Trump ticket.”

Then Rubio randomly attacked the media. “This is another example of the double standard that exists in this country,” Rubio said. “The mainstream media continually insists on dealing with facts, and as we all know, facts are for liberals and progressives. Factual data is something that is diametrically opposed to the conservative movement.”

Rubio’s speechwriters came up with a novel defense of his poor attendance record: that voting is not an important aspect of the job.

In a TV appearance (something Rubio does have time for) he claimed that “the majority of the job of being a senator is not walking on to the Senate floor and lifting your finger on a noncontroversial issue and seeing which way you’re going to vote,” he said. “The majority of the work of a senator is the constituent service to committee work.”

As usual with GOP candidates, reality contradicts his statements. While Rubio ostensibly serves on the Senate Foreign Relations full committee and subcommittee, Politico points out that he missed 52 of 106 hearings from 2011 to 2014.

This method of avoiding effort could be a godsend for average Americans. Why not try “the Marco moonwalk” on your job? See how far it gets you:

YOU: Now hold on a minute. The majority of this job is not walking onto the office floor and lifting a finger.

BOSS: Gonna have to dock your pay.

YOU: This illustrates the fundamental media bias against Conservative values.

YOU: The right of seeing to it that nothing gets done.

Many observers have noted that Rubio appears to have had his handlers compose a dozen pat responses for him to fall back on from time to time. Say, about one hundred percent of the time.