A pestilence known as Conservatism has control of the Republican Party and it has its perfect candidate in Donald Trump. And while the GOP base prefers to be known as the Party of Stupid, their GOP leaders insist they are the Party of Greed. Sadly, they are both right. 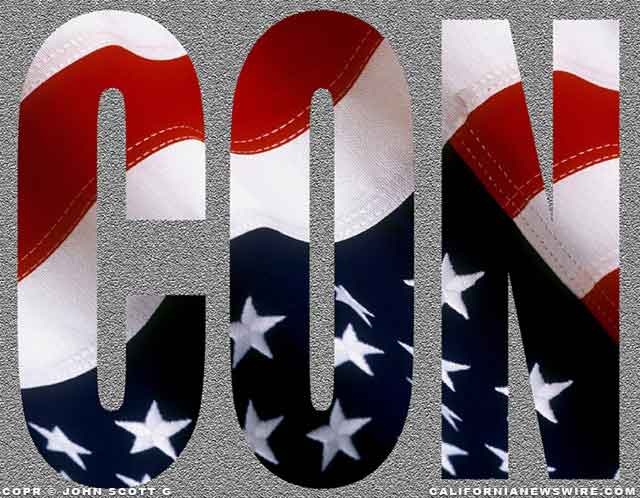 Here are just a few examples of the malignant Conservative mind-set.

Conservative Lies about the Economy

You were told that “supply side economics” would be good for the American economy. The basic idea was to lower tax rates for millionaires, billionaires, and huge corporations so that money would magically “trickle down” to the rest of us.

It was a lie when it was first sold to you and it is a lie now, but facts won’t stop the GOP from attempting to con you with this dangerous nonsense over and over again. Now, we are being given “Trumped up trickle-down economics” and the amazing thing is there are still rubes willing to buy into it once more.

You were told that it is a patriotic duty to revere our troops but now we watch as the GOP refuses to allocate the funding to provide healthcare for veterans.

Conservative Lies about Your Retirement Money

You were told that Social Security was too expensive to continue as planned. Therefore, you wouldn’t be getting the amount of retirement payments you were promised.

Sure, you’ve been paying into the system for your entire life, but Republicans have better things to do with your money…

– such as re-naming post offices after Ronnie “Where Are My Cue Cards?” Reagan

You were told that it wasn’t cost-effective for the country to provide healthcare to all citizens. Yet thirty-two of the thirty-three developed nations in the world manage to pull it off, with only the U.S. lagging behind. Yes, folks, thanks to Conservatives, we are being out-performed by France.

You were told gay marriage would harm the institution of marriage. As if serial philandering and sequential divorce weren’t already doing that. Ahem, coughDONALDTRUMPcough, coughNEWTGINGRICHcough, coughRUDYGIULIANIcough.

You were told that rich people are better and more important than you are and therefore we should let them pay lower taxes and avoid obeying the law.

Conservative Lies about Race and Religion

You were told it was acceptable to embrace the Conservative ideals of white supremacy, Birtherism, the KKK, and Radical Christian Terrorism.

You were told that immigrants are destroying America. You were told this by people with family names like Cruz, Rubio, Fiorina, Santorum, Drumpf, and so on.

Racists and religiosity freaks bought into these acts of shame and they don’t seem to mind teaching hate and malevolence to their children.

Conservative Lies about This, That, and the Other

Look, the thuggish policies of people like Paul Ryan, George Bush, David Duke, William F. Buckley, Mitch McConnell, and Donald Trump doesn’t mean there is no such thing as evolution — it simply means that Conservatism is evil.

WHAT CAN BE DONE?

This putrid state of affairs is the result of an ongoing con job — a frighteningly successful con job. But take heart because there is a cure: vote out Republicans. And there is a powerful tool that can inoculate the entire country against future infection: it’s called education.

NOTE 1: Supply side economics is sometimes called “Reaganomics” and anything involving the name Ronald Reagan should set off alarm bells for anyone with a brain. Quite apart from Reagan being the modern era’s first Alzheimer’s president, his administration was one of the most corrupt in history. Plus, only the massive economic screw-ups of The Second Bush Mistake have dimmed the memory of Ronnie’s fiscal fiasco of a presidency.

NOTE 2: It is rumored that the Republican National Committee is bringing out a line of t-shirts celebrating Conservative idiocy, with sayings like “Keep government out of my Medicare,” “Frack my town’s water supply,” “Not ALL Republicans are Racists,” “The only sience I need iz in the Buk of Gennisis,” “Facts are for liberals,” “Reeding is eleetist,” “Deplorable is as deplorable does,” and “The only way to stop a bad guy with a gun is by letting every sheepdip scum-sucking sweat-stained syphilitic moron obtain a motherload of assault style weapons and a shipload of armor-piercing bullets, y’all.”