SANTA BARBARA, Calif. /California Newswire/ — Hidden Compass, a women-founded media company and modern exploration society, has just announced a call for proposals for their first annual Hidden Compass Pathfinder Prize. The $15,000 prize will fund a curious team of modern explorers and allow them to share their discoveries with the public.

Hidden Compass is accepting proposals through July 20 at which point a panel of experts will review the submissions and select three finalists. Hidden Compass co-founders Sivani Babu and Sabine K. Bergmann, who will also serve on the advisory panel, say they’re looking for one thing: creativity. 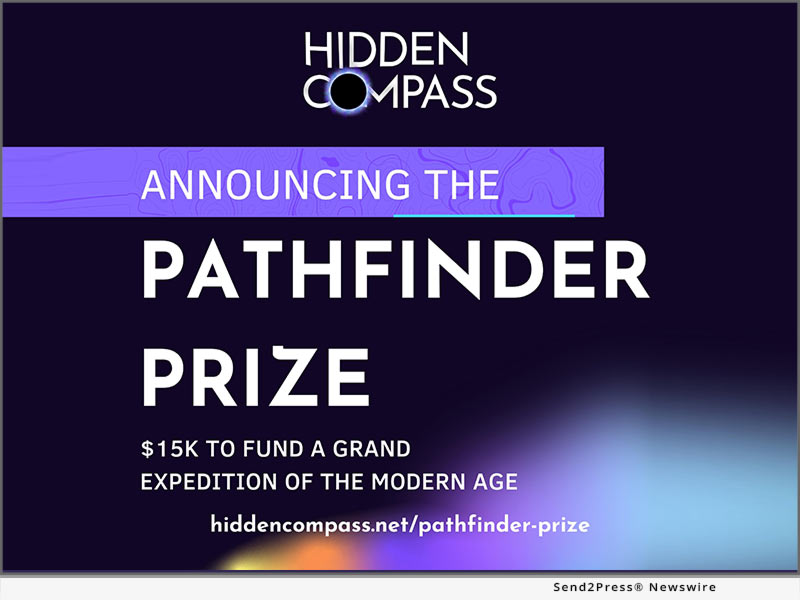 “We’re interested in exploration in all its forms,” says Babu. “We want the types of proposals to be as diverse as the people who submit them. Because in the 21st century, everyone should be able to be an explorer. So whether these expeditions touch on history, science, art, ethics, or something else entirely, we welcome them – and look forward to finding something we didn’t even know we were looking for.”

Innovation is not only welcome in the proposals but is also driving the process of selecting the winner. After the panel of experts selects the finalists, expedition teams will pitch Allies – members of Hidden Compass’s modern exploration society, The Alliance. Allies will then vote to decide the winner, who will be announced at Hidden Compass’s virtual Ethos of Exploration Event in late 2022.

Since its founding in 2017, Hidden Compass has pioneered ways for audiences to participate in both journalism and exploration. Drawing inspiration from farm-to-table trends in the food industry, Hidden Compass: The Magazine invites audiences to see and support where the stories they read are coming from. In 2020, the publication became the first in the world to host patronage campaigns for every journalist it publishes – on top of the storytellers’ article pay.

“Modern media companies really miss the mark when it comes to honoring readers, storytellers, and explorers,” says Bergmann. “Right now, we live in an era of clickbait and cynicism where we focus on humanity’s greatest problems, rather than our greatest opportunities. We’re different. We’re ending the era of junk food media by uniting audiences with the humans, causes, and possibilities behind award-winning stories and groundbreaking expeditions.”

Hidden Compass is an independent journalism outlet and modern exploration society transforming the way audiences participate in journalism and exploration. Co-founders Sivani Babu and Sabine K. Bergmann, who have 25 years of experience in journalism and publishing, launched Hidden Compass in 2017 as an alternative to unhealthy, clickbait-laden content – what they call “junk food media.” In 2020, the company pioneered a unique business model, leveraging patronage campaigns to increase journalists’ pay and audience participation. The following year, readership grew by more than 40 percent, and Newsweek named Hidden Compass a finalist in its Future of Travel Awards. Learn more at https://hiddencompass.net .

Hidden Compass: Explorers are In.
Watch this video on YouTube.