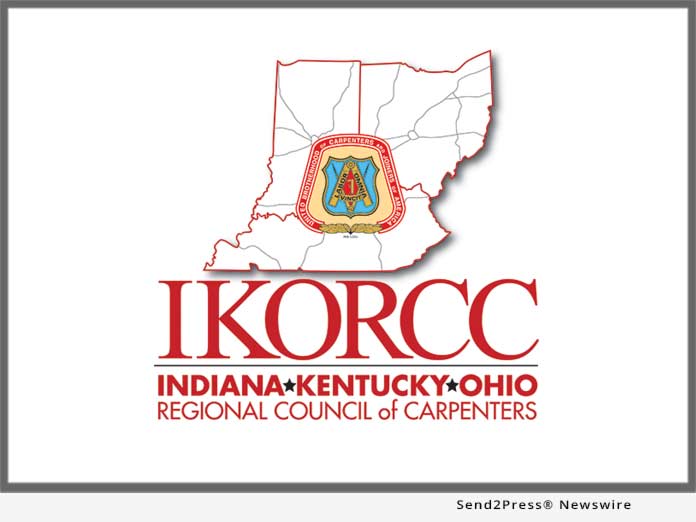 INDIANAPOLIS, Ind., Apr 15, 2019 (SEND2PRESS NEWSWIRE) — Over 100 Indiana lawmakers, contractors and construction workers will gather at the Indiana Statehouse on Monday, April 15, 2019 from 11 a.m. to 1 p.m. in the north atrium to shine a spotlight on the alleged corrupt practices of illegitimate contractors who steal billions of dollars from our communities – money that should be spent on education, public safety and infrastructure, the Indiana Kentucky Ohio Regional Council of Carpenters announced today.

Tax fraud is just one aspect of the illegal business practices plaguing the industry, along with wage theft, independent contractor misclassification, and workers’ compensation insurance fraud.

Indianapolis Mayor Joe Hogsett will share his thoughts on tax fraud in Indianapolis and how it hurts the city. Mayor Hogsett addresses the crowd at 12:15 p.m. “It’s tax fraud, because it’s the taxes that you and I pay that are being manipulated,” said Joe Hogsett, Mayor of Indianapolis. “From neighborhood-based programs, to major initiatives, to the public/private partnerships that drive our city forward – all of these things are only possible when everyone pays their fair share.”

The Construction Industry Partnership will be joined by the Indiana Kentucky Ohio Regional Council of Carpenters, state & local lawmakers and some of the state’s most prominent business owners in the fight to crack down on these destructive and illegal business practices.

The April 15 rally in Indianapolis is part of the nationwide Construction Industry Tax Fraud Days of Action by the United Brotherhood of Carpenters and Joiners of America to raise awareness and generate action against tax fraud and related crimes.

About the Indiana Kentucky Ohio Regional Council of Carpenters:
The Indiana/Kentucky/Ohio Regional Council of Carpenters represents more than 35,000 professional tradespeople in 33 locals in Indiana, Ohio, Kentucky and parts of West Virginia and Tennessee. A proud affiliate of the United Brotherhood of Carpenters, which has a century-plus tradition of representing the best of the building trades, the council works in partnership with more than 30,000 contractors, helping them find the best possible talent for their projects. Information: https://www.ikorcc.com/

This press release was issued on behalf of the news source, who is solely responsible for its accuracy, by Send2Press Newswire. To view the original story, visit: https://www.send2press.com/wire/mayor-joe-hogsett-joins-indiana-contractors-and-lawmakers-to-stand-up-to-tax-fraud-at-the-indiana-statehouse/