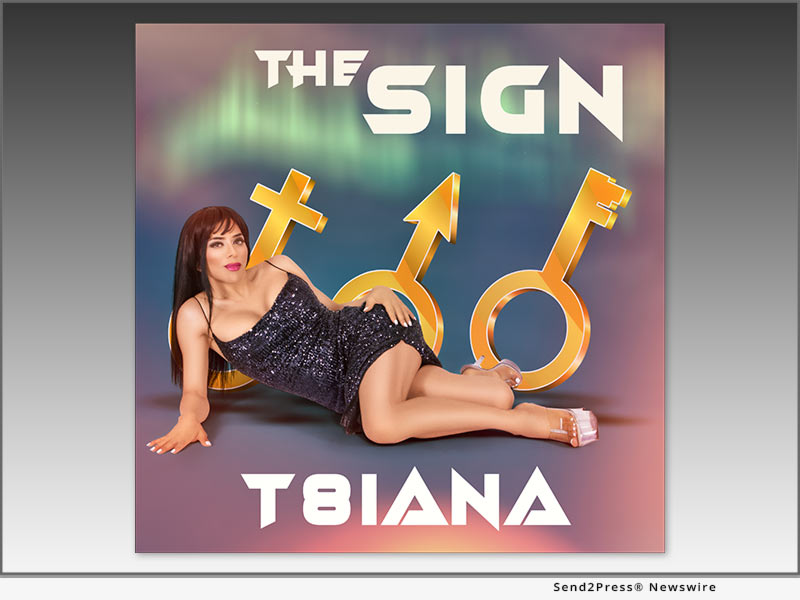 MELBOURNE, Australia, Jun 07, 2022 (SEND2PRESS NEWSWIRE) — Australian Pop Singer Songwriter, T8iana, who was recently featured in Rolling Stone Magazine’s Global Artist Spotlight, has often talked about her dark past which involved assault and bullying by strong male figures, as she was growing up as a trans kid.

She has released her latest single ‘The Sign’ on 13th May and it has garnered a lot of interest on various Spotify playlists. The single also climbed up to the Top 100 UK iTunes Daily Dance charts.

“It has been like a dream come true!” says T8iana of her recent chart successes preceding this one.

Her single “What Have You Gotta Say now?” released in Feb. 2022 was a Top 100 hit on UK iTunes Daily Dance charts. The EDM flavored “Your Lover From An Alternate Reality” – a song she wrote specifically for her large, predominantly male following on Instagram, released in April 2022 also peaked at #31 on the UK dance charts.

In the latest song ‘The Sign,” T8iana’s attempt to express dark topics of feeling trapped and persecuted as a trans woman (in a world that still stigmatises the LGTBI community), in such a fun and positive dance format, needs to be applauded. T8iana’s embrace of her freedom is on full display in this stunning musical arrangement with sounds reminiscent of the heyday of disco, amalgamated with an EDM feel and topped up with her crisp vocals.

She has come a long way in not only standing up against her detractors but also lighting up the way for hundreds of LGTBI youth with her uplifting club friendly dance tracks with inspiring lyrics.

This press release was issued on behalf of the news source, who is solely responsible for its accuracy, by Send2Press Newswire. To view the original story, visit: https://www.send2press.com/wire/t8iana-the-sign-you-have-been-looking-for/