LOS ANGELES, Calif. /California Newswire/ — Will the real Stan please stand up? Before James “Slim Jimmy” Guiltinan knew that Eminem’s “Stan” had become a dictionary word defined as a sort of super, but sometimes obsessed fan, he’d written one of his first two rap songs, as an Eminem “salute.” The slang definition of “stan” likely originated from Eminem’s song and music video “Stan.” 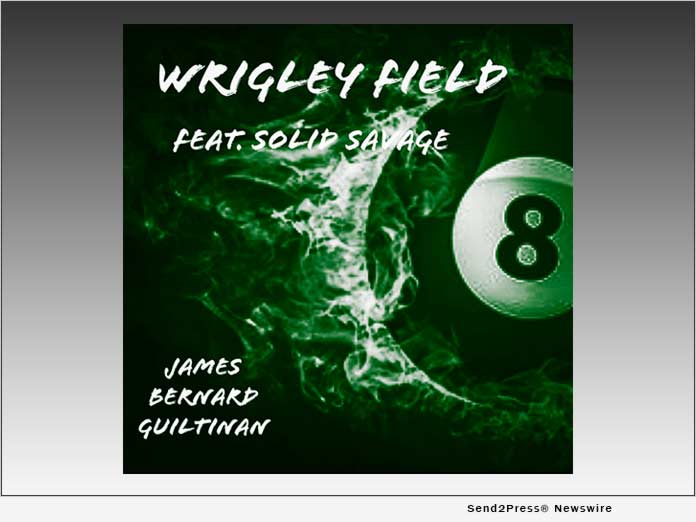 At first, James referred to his song, “This Time and Then” as a “tribute song” to Eminem, but later learned that the term was reserved for the deceased. So he coined a new phrase “salute song.” James now suggests that he could be the real Eminem “Stan,” but not of the obsessed or crazed kind of stan, an example of which might be the recent intruder into Eminem’s home. The Detroit rap artist’s music helped to get James through a dark period in his life.

Having only played trumpet in high school during the seventies, and new to rap writing and producing, James had assistance from Los Angeles rapper Solid Savage who recorded and co-wrote “This Time and Then.” James originally didn’t want to charge for the song, as he felt it would cheapen the “salute.” His distribution service required a minimum price for streaming distribution, but James has made “This Time and Then” available at no charge on SoundCloud. James’ Kickstarter campaign serves to create a complementary product (the accompanying music video) to further the Eminem salute.

Ironically, Slim Shady’s “Stan” song and music video features a Stan character who ends up accidentally or purposely killing himself in a car accident. While James admits to being suicidal during his struggles, and perhaps saved by in part at least, rather than troubled by an absence of writing back, Eminem’s music.

“Eminem’s music gave me encouragement, because it talks about struggles that Slim Shady experienced during his life, which I identified with,” James says.

After losing his job two years ago and living out of his van, which was after losing his family’s house and getting divorced, James took up songwriting to finally try his hand at the creative arts. At first, his lyrics were essentially poems. After ordering two songwriting books, James got a little better at the craft. He also remixed the background music he selected for “This Time and Then” after taking a class in Logic.

During his two years of being homeless, James has written and produced seven hip hop and one R&B tracks. Most of the work on his songs, including the cover artwork, writing, and background (“beat”) music selection was done using a cell phone, after his MacBook was stolen.

“Wrigley Field,” a sequel to “This Time and Then,” is a playful rap song, where James comes to Slim’s “rescue” by providing a warning to – in good fun only – similar to a diss track – Machine Gun Kelly, regarding MGK’s Eminem diss (disrespect) song. James views “salute” songs as being the opposite of “diss” songs, and he hopes they become popularized.

“Similar to the Stan in the Eminem song and music video, I DM’d Slim on Instagram, but didn’t hear back,” James says. “However, he may have given me a lyrics wink in one of his songs as ‘Gilligan.’ Of course, I can’t know for sure. It’s just close to my last name, and I also used ‘Gilligan’ in my “Wrigley Field” lyrics.”

“This Time and Then” and “Wrigley Field” are available on streaming platforms under the artist name “James Bernard Guiltinan.”

Listen to “This Time and Then:”


This Time and Then (feat. Solid Savage)
Watch this video on YouTube.

No celebrity endorsement or affiliation claimed or implied.