Peter Drucker was a force of nature when it comes to the development of the managerial mindset of the latter 20th century. Drucker’s ideas discovered and identified a framework for a practical philosophy of business. The Fellows of the Academy of Management voted Drucker’s 1954 book “The Practice of Management” the third most influential book of the 20th century. 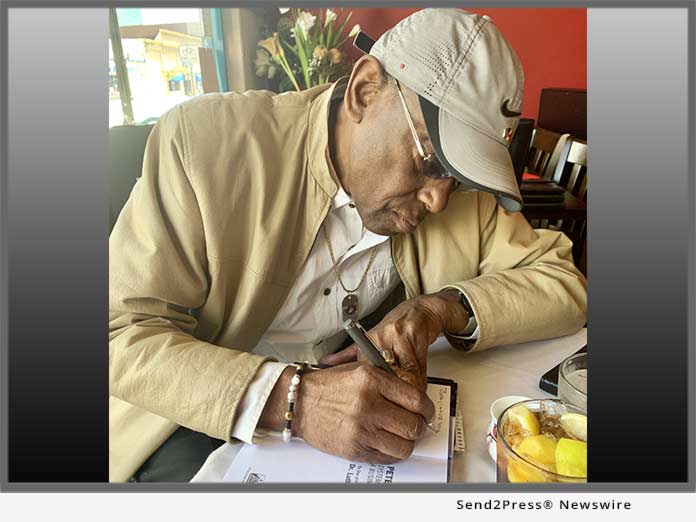 Just to review the titles of his many books from 1939 to 2008 would provide a complete structure for pursuing an understanding of the philosophy of business management. Among his many ideas, Drucker predicted the disappearance of the blue collar worker, the importance of nonprofits for improving the community, the necessity to adapt to changes with eyes firmly fixed in a forward direction, and the increasing importance of the knowledge worker and the need to keep learning to adapt to the changing world.

It is hoped that Dr. Guynes book, “Peter Drucker’s System of Management in a Business Environment” (ISBN:0996893555 / US Price $29.95) will serve as an introduction to Drucker’s thoughts and insights and will serve as an inspiration to those preparing to cultivate their future in the business world for a better tomorrow.

Dr. Peter Drucker considered Dr. Guynes an outstanding student, gifted cooperative colleague and an esteemed professional. Dr. Peter Drucker describes Dr. Guynes as follows: “Luther C. Guynes, who finished both his Master s work and his Ph.D. work under me, is probably the ablest administrator I have taught. He has the necessary compassion combined with the necessary toughness. He has insight into people, and yet is task-focused. As he is tactful, firm, pleasant and determined. He has that rare gift of making an organization work for him. Altogether he is one of the few naturals in administration I have met. I consider him to be both an amazing writer and qualified for any administrative position in higher education, in government service or in business enterprises.” –Dr. Peter Drucker, Ph.D.

Dr. Guynes and Peter Drucker maintained a meaningful personal relationship for over twenty-five years until Dr. Drucker’s death in November 2005. Dr. Guynes is forever grateful to his mentor and to the family of Peter Drucker and The Drucker foundation who provided valuable assistance and support for this book including back ground materials and photos.

Dr. Luther Guynes, Ph.D. has dedicated over 45 years to higher education as a Professor, Department Chair and Administrator. Currently he is the President of the University of Los Angeles College of the Divinity. He also served in the U.S. Marine Corps and was awarded the distinguished Meritorious Mast Award for outstanding service. He was also the founder and President of Management Systems & Technology, Inc. a technology systems engineering and logistics management consulting firm that provided services to industrial and diverse corporate entities.

Dr. Guynes received his bachelor’s degree in Business Administration and Industrial Engineering from California State Polytechnic University, Pomona. Under the mentorship of Dr. Peter F. Drucker, he earned his Master’s Degree in Economics and Business Statistics and his Ph.D. in Government Finance and Public Administration from Claremont Graduate University, Claremont California.

Dr. Guynes is a loving and devoted father to his six children, nine grandchildren, and four great-grandchildren. Dr. Guynes is working on his next book his biography titled: “Persevere to Success” which will be available for release at Christmas 2019 by Pyramid Press.

Autographed copies of the book are available from the website http://drguynesbook.com/.

After, Inc. Announces the Launch of QuickClaim® – Its Best-in-Class Claims and Returns Management System