Donald Trump, current leader of the Know-Nothing Party, can be described in five words: extremely loud and dangerously gross. When he speaks, phrases are strung together in ways that sometimes resemble English sentences. But what is the actual meaning of his word-salad rants? 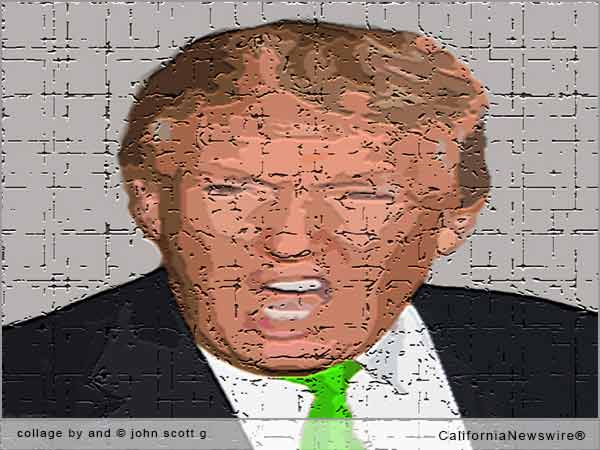 Is it possible to run a major political campaign using undefined slogans, unconstitutional proposals, and bigoted rhetoric? For a conservative, apparently, yes!

That’s what has happened in the Party of Stupid as they have kowtowed to the malignant misshapen mass of bile known as Donald J. Trump, the blubbery reality TV star and holder of both sides of most issues.

What, exactly, does Trump mean when he pops off with one ridiculous statement after another? We’re here to help with some translations from Trumpspeak into English.

English: “We’re going to form a company that will charge the government billions to build some fencing that will only cost millions. It will be a great deal. Nobody makes deals like I do. Nobody.”

Trumpspeak: “Our leaders are weak.”

English: “I don’t agree with the policies of our leaders so I call them weak. Weak is bad. I mean weak is bad, very bad. When I take over, you won’t believe how hard and strong and tough I’m going to be on some of those people. I mean, I am going to be so hard, so tough, that I can tell you.”

English: “We’re going to screw our trade partners until there’s a war, which will be good for the military-industrial complex as well as many other businesses such as funeral parlors. Which is why we’re introducing Trump Coffins. Wanna know the slogan? Trump Coffins — the best buys in bye-byes. It’s cute, right?”

Trumpspeak: “Our leaders are stupid.”

English: “I can’t believe that the people in our government haven’t figured out a way to make a buck off this ruling thing. I will make such great deals. Wait, wait — excuse me. I’ll give you an example: not paying for the national debt. Billions saved, just like that. It’ll be so easy, so easy.”

Trumpspeak: “I am the law-and-order candidate.”

Trumpspeak: “We are going to bring back our jobs.”

Trumpspeak: “Islam has such hatred of us.”

English: “I am one of the reasons Islam has such hatred of us, so if you hate me, you love the Muslims who are trying to kill us.” 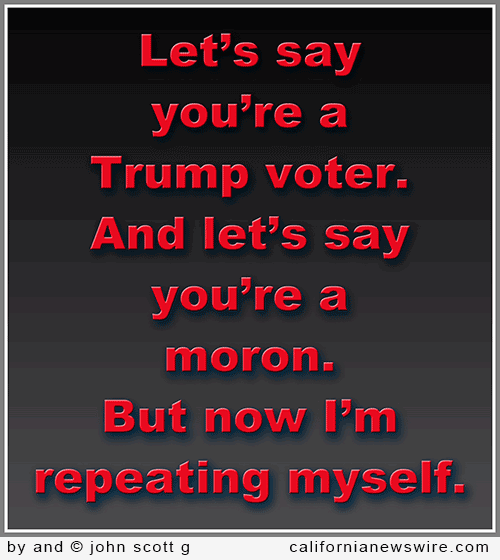 Trumpspeak: “I AM YOUR VOICE!”

Trumpspeak: “We’re going to get rid of Obamacare and replace it with something really terrific.”

English: “And everyone gets a rainbow-covered unicorn pony. That I can tell you.”