There are many stressful ways to make a living — haz-mat team, bomb disposal squad, food-taster for Ann Coulter — but perhaps the most daunting job in the world is Trump Apologist. 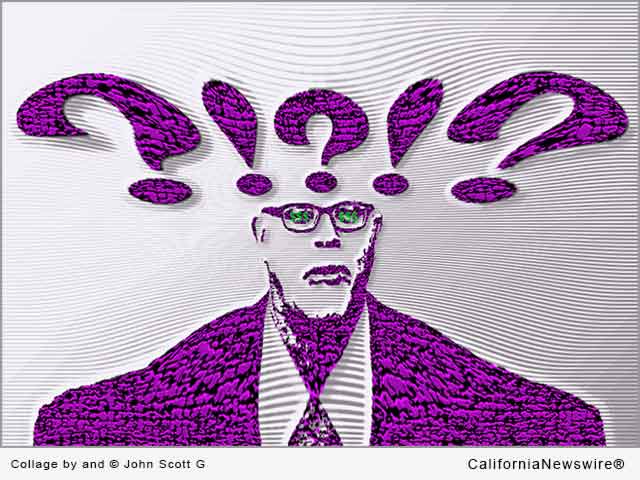 Editorial Notice: Quotes in this article are satirical and should not be taken as fact.

While no one in America has a harsher job than Rush Limbaugh’s proctologist, the next most disgusting profession is Advocate for Donald Trump. The whores who take on that job — sorry, the political consultants who take on that job — have to defend the conservative candidate’s racism, sexism, misogyny, and stupidity on a daily basis.

To speak on behalf of The Racist Orange One requires letting the world know you have no scruples, no principles, and no morality. While these jackanapes are disgusting to watch, there’s no denying that they can be very funny. Herewith a selection of statements from some of the more prominent Trump Apologists:

“He’s a really good guy, underneath,” said Mike Pence, running mate of Donald Trump. “You just need to peel back the bigotry, ignorance, and lying,” Pence added, nodding like the used car salesman he is at heart.

“Trump’s praise for Mussolini and Hitler has been blown way out of proportion,” said Boris Epshteyn, one of many fast-talking paid prevaricators for the Trump campaign.

“I have not seen the recent statements by Mr. Trump or his campaign staff and therefore can have no comment,” said Paul Ryan, Speaker of the House of Representatives and so-called Intellectual Leader of the Conservative Movement.

“There is so much talk from the Left about how Donald Trump represents the malignancy of Conservatism but it just isn’t the case. You can scour the country and you will find no better champion of the little guy than Donald Trump,” said Kellyanne Conway, Trump Campaign Manager, sometimes without even crossing her fingers when she talks.

“Look, look, look — Mr. Trump’s support for Attila the Hun is only a metaphor!” yelled Rudy Giuliani, screamer-in-chief for the Trump campaign.

“When you put aside the dangerous rhetoric and insulting bigotry, the true message of Donald Trump boils down to two things: love and understanding,” said Hugh Hewitt, bought-and-paid-for propagandist for the Trump campaign.

“I know that it’s fashionable to describe Conservatism as either a moral failing or a mental illness, but as we can see with the Trump candidacy, it’s so much more than that,” said Jack Kingston, one of many former GOP congresscritters who may or may not be a public masticator. (Note: as of this moment there are no official accusations of Jack Kingston practicing mastication in public, but a lot of people are talking about it.)

“It is not my job to weigh in on this or that about what might or might not be happening in the ongoing Republican campaign for the Presidency so I’m not going there,” said Paul Ryan, Speaker of the House of Representatives and so-called Intellectual Leader of the Conservative Movement.

“Mr. Trump will be good for America and you can simply disregard the nice things he had to say about Hannibal — either the elephants-over-the-Alps guy or the flesh-eating serial killer guy,” said Ben Carson, recipient of the world’s first surgical procedure for the removal of a soul.

“Trump is basically a good person,” said Katrina Pierson, currently the most successful example of the exciting advancements being made in the field of robotics. “His admiration of Vlad the Impaler is limited to the strength of the way that leader ran Transylvania,” Pierson added, blinking in a very lifelike manner.

“Trump is a good man. Strong leader. Good for the world,” said Kim Jung-un, Marshal of the Democratic People’s Republic of Korea, First chairman of the National Defense Commission, First secretary of the Workers’ Party, Chairman of the party’s Central Military Commission, Member of the Presidium of the party’s Political Bureau, and Supreme commander of the Korean People’s Army. “With Trump, everyone get nukes,” the North Korean dictator added.

“I have no knowledge of the existence of this so-called Trump person, whoever or whatever that may be. I’m sorry to disappoint all of you in the media, but I just have no idea what you’re talking about,” said Paul Ryan, Speaker of the House of Representatives and so-called Intellectual Leader of the Conservative Movement.