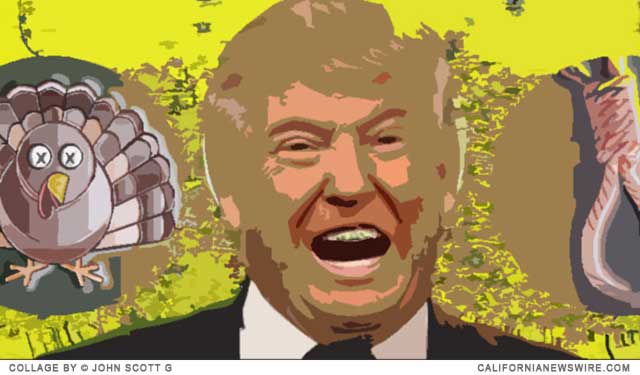 There have been a great many moments in rightwing douchebaggery and here, listed in chronological order, are the current top five conservative flustercucks:

(1) Calvin Coolidge and Herbert Hoover ushering in the Great Depression.

How did America sink to this low point? The answer lies in one of the Seven Deadly Sins: greed. Greed is the foundation of conservatism. The entire reason for the conservative movement can be summed up in that one word. If not for avarice, there would not be such a thing as conservatism.

Conservative policies comfort the comfortable and afflict the afflicted. Conservatism aims to increase the wealth and power of everyone — as long as they are already wealthy and powerful. This makes their cause anti-American. It is actually worse than that: not only is conservatism contrary to the values of the United States, conservatism is contrary to the ideals of humanity.

Perhaps the only amazing thing about conservatism is the way their cult members have convinced so many people to vote for RWNJ political candidates. This occurs despite conservative policies harming seniors, veterans, blue-collar workers, students, teachers, scientists, the sick, women, indigenous people, the LGBTQ community, and the middle-class as a whole. From a marketing/propaganda viewpoint, conservatism is stunning.

Because conservatism is about money and not morality, they can only attract members who have no decency. Which is why whenever conservatives gain political control they attempt to remove ethics panels. “Oversight and ethics? Why, that’s not anything y’all need to worry yore purty little heads about! We conservatives will always act according to the highest ethical standards that money can buy!”

Failing the removal of ethics panels, conservatives simply pervert the panel’s goals — as we have seen with the work of that sniveling little brownshirt Jason Chaffetz and the House Un-American Activities Comm– I’m sorry, I meant the House Oversight Committee.

With a bedrock of voracity and a mantra of “we’ve got ours so screw you,” the conservative movement must continually construct lies, distortions, prevarications, and b#llsh!t in an attempt to fool the public. Which is why they collude with the Fox Fake News channel to spew their crap to unsuspecting and ignorant viewers.

Conservatism’s need for lies also explains why there are fake research firms like Cato Institute and Heritage Foundation, to generate tons of misleading reports and fabricated data — “alt-facts” — to spray at the public.

As we have seen in the bilge spewed by Traitor Trump, Dense Pence, and their many spokeliars including Sean “Melissa” Spicer and Kellyanne “Propaganda Barbie” Conway, the conservative movement has unveiled a new philosophy called Antifactualism.

* Are you a Neo-Nazi? Welcome to the conservative cause and now please join us at a Bund Meeting sponsored by the DeVos family on behalf of the Rethuglican Party.

* Are you a white supremacist? Welcome to the conservative cause and now please join us at a Klan Rally sponsored by Sheldon Adelson on behalf of the Rethuglican Party.

* Are you a bigot? Racist? Homophobe? Misogynist? Plutocrat? Theocrat? Conspiracy Wacko? Nihilist? Leninist? Numbnut? Quisling? Welcome to the conservative cause and now please join us at a Mussolini-themed gala sponsored by the Koch brothers on behalf of the Rethuglican Party.

Conservatism is a pestilence that must be eradicated for the good of the American people as well as for humanity at large. The human race has battled polio, scarlet fever, diphtheria, the bubonic plague — but where is the fight against the contagion called conservatism?

In this, America’s time of shame, it often seems all is lost. Facing the ignominy of the Trumpster fire, it is easy to fall into despair. However, there is one positive thing about having so much conservatism currently on display: more people will get to see its lies, feel its deleterious effects, and recoil from its stench.