Are Conservatives evil from nature or nurture? What turns a normal, decent human being into a Republican? While some people are born bad, the main problem comes from kids being raised in the oppressive atmosphere of a rightwing household. 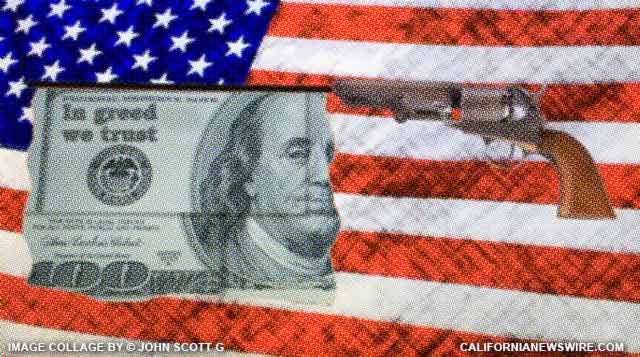 Every day, approximately 11,000 babies are born in the United States. Thanks to our relatively high standard of living, the majority of them are healthy.

Of these eleven thousand new souls, almost every one has exciting potential. They can learn, laugh, and love while growing up in freedom. Each can be a loving family member, a good friend, and a valued neighbor. Most importantly, they can realize their dreams.

Dreams can be dashed. Mistakes may stunt potential and distort lives. A wrong turn is taken, a primrose path is selected, and an otherwise good, kind, and worthwhile human being becomes a piece of excrement in human form. In other words, they bury themselves in the regressive policies of the GOP.

Reasons for the Lack of Reason

Think of your typical adult Conservative and ask yourself why they are repulsed by reason and reality. Consider why they recoil in horror from basic human decency.

Were they beaten as a child? Repeatedly dropped on the floor? Yelled at over and over and over? Had lies beaten into them? Did they have to endure a “do as I say not as I do” approach to parental control? Think about how your life might have been perverted if you were raised by people of no morality who continually professed their righteousness.

Unfortunately, some children are forced to grow up in a household full of religiosity — which means they witnessed hypocrisy, condescension, intolerance, and ignorance on a regular basis. Maybe they had to struggle in an atmosphere of body hatred, fear of the new, and behavioral shaming.

Oh sure, their behavior could result from a mental illness. One of the conclusions drawn from reading Chris Mooney’s excellent The Republican Brain is that Conservatism is the result of mental unbalance. Many of us are convinced that Conservatives suffer from various forms of insanity. Conservatism could be a matter of neurons not firing properly in the brain or synapses failing to connect when necessary.

Or there may have been a combination of events: debauched DNA, deformed brain cells, and the daily terror of living under a petty tyrant who is also a pusillanimous little twerp. Imagine how screwed up you might be if you had something as disgusting as Marco Rubio or Paul Ryan as your biological father.

Some people say, “Remove education from a decent person and the result is a Republican.” How else to explain the nonsense in the muddled minds of Conservatives:

* They think people existed at the same time as dinosaurs.

* They are frightened of black- and brown-skinned people.

* They deny humanity’s damage to the environment.

* They think an advertising icon called Santa Claus is (1) white and (2) real.

* They don’t recognize that Fox News is fiction.

* They don’t believe in evolution.

Home schooling is popular among rightwing nutjob religiosity freaks despite the problems it causes for society. Quite apart from discouraging social interaction among children during their formative years, there is evidence that home schooling stunts the educational and intellectual prospects of kids.

Combining religious delusion with the GOP’s crypto-Fascism is a double dose of douchebaggery likely to harm any child and it certainly hurts the population at large.

Conservatism is built on fear and easily digestible lies — if this weren’t true, there would be no need for the Fox Fake News Channel. Adding to the problem is the fact that a Conservative’s life is built on indolence. Oh sure, there is a tremendous amount of energy expended by neo-Nazis, but that’s not the point. We’re talking about cerebral sloth.

The evil of Conservatism spreads exponentially when these mentally indolent people get elected to public office. It’s just too damn much work to digest information, formulate policy, and work out details. Much simpler to let a couple of billionaire brothers do your thinking for you. There are two benevolent boys, Charles and David Koch, who have created just the thing for you: the American Legislative Exchange Council (ALEC).

First, the greedwhores in ALEC write racist and regressive laws. Then they distribute their steaming piles of garbage legislation to rightwing nutjobs all across the country so they can slap their name on it and grease it through the statehouse. It’s lethargic Fascism.

Perhaps Conservatism sounds intriguing to you. You’ll want to perform a self-assessment to see if you fit in with this huge cult. Here’s a handy list. You are Conservative if you are:

So, do you identify with the human detritus of the Republican Party? Are you comfortable with the anti-American and anti-humanity policies of the GOP? Are lassitude, indolence, and sluggishness attractive to you? Remember, being Conservative means you don’t have to read or think; being Conservative means you can just surrender to fear and hatred. “It’s easy,” says Charles Koch. Or maybe it was David. I was too busy holding my nose to look closely.

Conservatism is not just for the bigoted, the condescending, the entitled, the stupid, and the angry.  It turns out to be the ideal place for the lazy.

So kick back and relax because all a Conservative needs to do is genuflect to the almighty dollar, Sieg Heil the flag, and pass the ammunition.