An open letter to the leader of the political party that is becoming known as Goons Obstructing Progress. 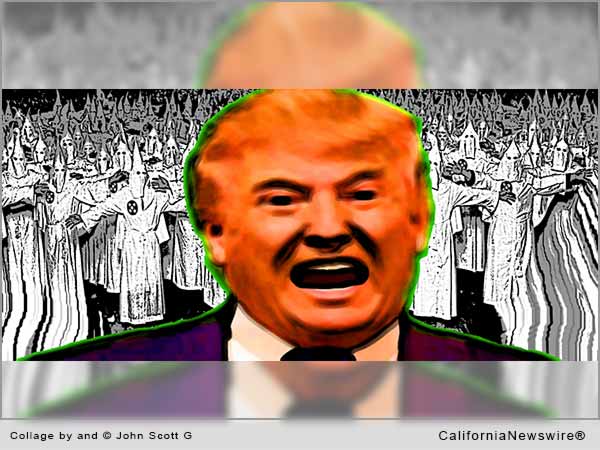 Thank you for putting so many things in perspective.

Before you came along, it appeared that many people failed to acknowledge the pestilence known as Conservatism. In fact, large numbers of people seemed unable to recognize the danger to humanity posed by the forces of evil in the Republican Party.

But all of that is changing thanks to you.

By rallying millions of soulless and ignorant Republicans, you are alerting the rest of us to their stupidity. Shouting your insulting and disgusting views sends a much-needed warning signal to anyone with a conscience. Or, for that matter, anyone with an I.Q. above 80.

Let’s take a quick peek at some of the ways you are helping people see the Conservative movement for what it really is:

* While the rest of the country prayed that racism was dying, you stepped up to fan the flames of bigotry to a new level of conflagration.

* As we hoped that misogyny was becoming a thing of the past, you stepped forward to stir up the impotent rage of decrepit white men.

* While we thought that xenophobia was best-suited to the Third Reich films of Leni Riefenstahl, you firmly demonstrated that this irrationality was alive and well right here at home in the Conservative movement.

* Despite the U.S. Constitution, you blatantly deny our nation’s policy of religious freedom.

* While most Americans abhor the idea of torture, you shamelessly recommend we go back on our basic human values.

* Although our armed forces see it as their duty to avoid war crimes, you smashed through the hell gate of history by embracing this perfidy.

* We hoped people were starting to understand the value of diplomacy, but your rhetoric is nothing but war mongering.

* While every other candidate in our history avoided inviting a foreign dictatorship to enter into the American political process, you flippantly called for Russia to commit espionage against the United States.

* Civilized nations support the Geneva Conventions dealing with humanitarian issues in war, yet you think the U.S. should question them.

* The world abhors nuclear proliferation yet you feel it should increase.

For all of this and more, we are a grateful nation — we are so indebted to you for shining a light on Conservatism’s odorous strain of anti-Americanism. Without you, many squirmy creatures of the GOP might have remained hidden in the dank earth under rocks. Your embrace of racism, fascism, xenophobia, and plutocracy is revelatory.  Your fiscal irresponsibility, your mocking of the disabled, and your suggestion that the U.S. renege on treaties with our allies completes your Dorian Gray portrait.

Most Conservatives are annoyed at being called out on their repugnant beliefs and acts. But not you. You have proclaimed your disgusting positions loudly and repeatedly. As you would say, “bigly.”

So, dear Donald Dunce, thank you for demonstrating that Conservatives are nothing more than excrement with appendages. We greatly appreciate that you are serving as the vocal leader of a movement that seeks to destroy America by inverting every aspect of credibility, decency, and morality — because you are helping show everyone that Conservatism is a malignant tumor on the human soul.