Imagine what your life would be like if everything you said or wrote was dissected in public. Now imagine how much more outrageous it would be if people began using innuendoes, distortions, slurs, slams, and lies about you. All day. Every day. For years. 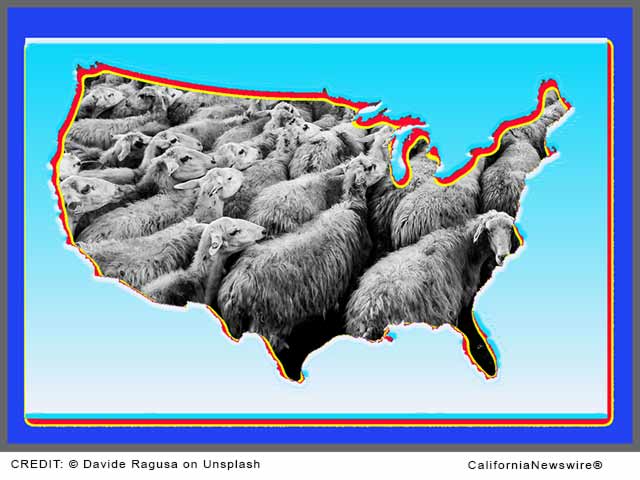 You walk into work and someone asks, “How are you?” You reply, “Fine, thanks,” and move to your desk. Soon gossip is flying through the office:

“Was that a truthful answer?”

“Not a very comprehensive reply. What’s being hidden?”

“There was no attempt to be completely transparent.”

“I felt an undercurrent of fear about answering the question. You can tell from the body language, the words, and the tone.”

In the supermarket, someone asks if you can get an item for them from the upper shelves. If you do, the response is:

“It could have been done with more grace.”

If the shelf is too high for you to reach, the reaction is: “That was no help at all. Is there a health problem?”

You’re in line to get a frozen yogurt and someone says, “Nice weather we’re having.” You agree and add that you hope it stays nice for the weekend. At which point people jump all over your comment:

“That kind of false optimism is annoying.”

“How dare you suggest the possibility of bad weather spoiling our weekend?”

And then dozens of online Conservative hate groups blame you for any bad weather we have had in the past or will have in the future.

On your way out of your bank you pause to check your phone. The Internet reacts:

“Unable to focus on the work that has to be done?”

You stop by a favorite coffee place and:

“Cream AND sugar? Someone’s metabolism must be on the fritz.”

“Is there an addiction problem?”

“Is the coffee at work not good enough for you?”

“Isn’t that a socialist organization?”

“Some people send bombs through the mail. Is that what’s about to happen???!?!”

“Wait, the post office again — there must be some sort of conspiracy!”

You visit your doctor to get your allergy prescription updated and the speculation begins:

You take your children to visit the local library and the commentary about this benign act is quite malignant:

“What kind of communist literature is being checked out?”

“Subjecting our youth to unsavory materials!”

“Flaunting the ability to read and comprehend. So elitist!”

Okay, by now you’ve guessed that this is a metaphor for the way the media and right-wing nut-jobs react to Hillary Clinton.

Think about how your life would be if you were continually condemned by the forty percent of the population that is moronic. Imagine always being confronted by people who are so anti-American that they wished to cast doubt on everything you said or did, just because of their misogyny, spite, hatred, and stupidity.

But wait, there’s more. Added to that morass of Republican reprobates is an entire industry of Conservative lowlifes dedicated to spreading made-up rumors, false statements, irresponsible speculation, and blatant lies about you.

That’s correct: Hillary is not only facing the millions of half-witted RWNJs but also the vast greedwhore conspiracy of:

~ The Blaze of Lies

So, the next time you hear someone say something like, “Hillary just seems untrustworthy,” recognize that this is the result of a four-decade-long propaganda campaign. There are Millennials voting in this election who have been subjected to Conservative hate speech about Hillary and other centrists for their entire lives.

It is insidious and horrifying in many ways. And consider this: the Party of Stupid set out to cast doubt about the character of Hillary Clinton, but to do so they attacked your mind in the process. You have been treated like sheep by Conservatives and their agents.

You have only one way to fight back: vote against anyone with an R after their name on the ballot. Please remember what that R stands for: Racist, Reprobate, Regressive, and Repugnant.

This opinion piece is Copr. © 2016 by John Scott G and originally published on CaliforniaNewswire.com – a publication of The Neotrope® News Network – all commercial and reprint rights reserved. Opinions expressed are solely those of the author.

Photo Credit: photo of a flock of Conservatives by Davide Ragusa on Unsplash.

ONE WOMAN’S LIFE IN CARDS: Imagine Seeing All the Cards You’ve Ever Received in Your Lifetime Displayed in One Place