Is it possible to get an unbiased opinion of the 2016 presidential race? Yes! We interviewed Klaatu, the character from “Day the Earth Stood Still.” 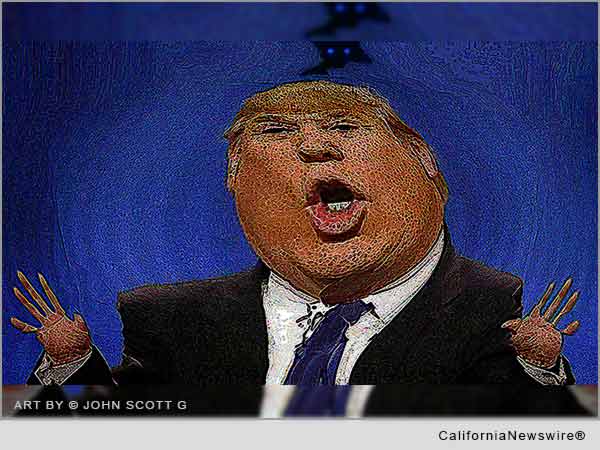 JSG: Why have you returned to Earth?

K: To pick up some dry cleaning left behind when Gort and I departed your planet in such a hurry.

JSG: Let me say, welcome back. Will you be staying long?

K: Thank you. And no. Humans are freishlu2,ode.

JSG: Wait, humans are what?

K: Oh, you are correct. Freishlu2,ode translates as crazy. Or, how do you say it — screwed up.

JSG: I see. Speaking of screwed up, if you had to try explaining the 2016 presidential election to someone from other solar systems, what would you say?

K: On the Democratic side it is a tale of a tough-as-nails policy master who is combatting a thirty-year campaign of disinformation aimed at her by what I believe are called right-wing-nuts.

K: On the Republican side it is a puzzle, wrapped with misery, inside an enema.

K: Thank you. I have downloaded all of your recorded data for instant access.

JSG: You downloaded all of Wikipedia?

JSG: Oh, right. Okay, let’s deal with the 2016 presidential nominees for a moment. Do you think Hillary Clinton is truly dedicated to progressive ideas?

K: Yes. This is a woman who fought to bring universal healthcare to America in 1993. Imagine that — you could have been one of the advanced nations in the world in terms of providing healthcare as a right instead of an overpriced privilege. Instead, you had to wait two decades for a compromise plan that still puts you only halfway to a sane approach to the health of your citizens. Progress is still being blocked by the conservative cabal acting on behalf of the greedy in the insurance industry.

JSG: Your analysis is excellent!

K: Of course it is, but thank you.

JSG: Hillary Clinton isn’t doing as well in the polls when it comes to younger voters, some of whom were still in elementary school when she first tried to fix the insane U.S. healthcare industry.

K: True, and they also probably did not hear about her work when they were in high school or college. Your educational system is woefully lacking.

K: As just one example, having your textbooks approved by the Texas school board is hevaltaagu.

K: Returning to Hillary Clinton, she went to China in 1995 and delivered a speech about how “human rights are women’s rights, and women’s rights are human rights.” To give you an idea of how impressive this is, consider that the U.S. and much of the world are still not adequately handling that issue. It has been two decades since that speech and the conservative forces in America are still inhibiting progress.

JSG: Sadly, that’s true. So, what would you say about Donald Trump?

K: Ah yes, “Mr. Tiny hands.” You know, the diminutive size of Trump’s extremities is not the most amazing thing about him.

JSG: Is it that Trump is woefully ignorant?

CA: All conservatives are woefully ignorant, so that is not it.

JSG: Is it that Trump has no understanding of the U.S. government, other governments, or foreign policy?

CA: Well, most Republican candidates are silly on a variety of subjects, including those. So, no, that is not it.

JSG: Is it Trump’s racism, misogyny, and xenophobia?

JSG: What about the fact that Trump is psychologically unbalanced?

CA: Also not unusual for Republican candidates. Remember, in the 2012 presidential election, the GOP put up a man who enjoyed financially raping Americans, who said the trees were the right height in Michigan, who claimed that corporations are human beings, and who believed that elevators are for his automobiles. Everyone who embraces the greed-whore views of conservatism is psychologically unbalanced.

JSG: What about his–

K: We could go on and on about all the frightening aspects of what the conservatives got when they created their Trumpenstein monster, but let us cut to the chase, as your species sometimes puts it. The truly astonishing thing about Trump is not the fact that his hands are small; it is that Trump has opposable thumbs. We did not think he had evolved that far.

K: Meanwhile, the people of Earth need to set up a system for tracking the TLOD.

K: Trump Lie of the Day.

JSG: Oh, right. We should do that. Although it might have to be the TLOM — Trump Lie of the Moment.

K: Yes. That may be correct.

JSG: I know you have a take-off scheduled to happen shortly, but before I let you go, some people are wondering what you thought of the way you were portrayed in the two “Day the Earth Stood Still” movies.

K: Michael Rennie and Keanu Reeves did not capture me at all.

JSG: Who would you have liked to see playing you?

JSG: Well, thank you for your time. Oh, did you pick-up your dry cleaning?

JSG: Uh-oh. Not that old joke. You crossed the universe to get your dry cleaning and couldn’t pick it up because…

K: I left the ticket in my other spacesuit.