Inside a Mexican restaurant in one of the touristy parts of Los Angeles, our intrepid writer converses with the moral chaperone of Donald J. Trump. 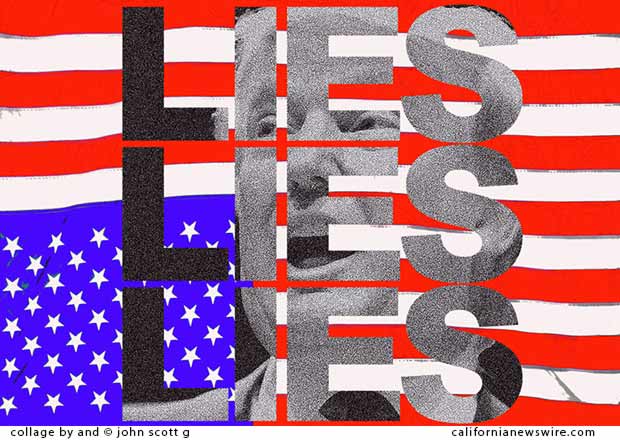 Editor’s Note: this is a satirical piece; no interview with Mr. Trump took place.

I sat down for an interview with the conscience of Donald J. Trump, our nation’s first illegitimate president.

“How are things going?” I asked.

“Great!” was the reply. “These chips are excellent.”

“No, I mean how are things going with being Trump’s conscience?”

“You bet. Hey, I’ve got the cushiest job in America right now.”

“That doesn’t make sense,” I said. “You should be shouting, waving your arms, and setting off alarm bells every moment Dangerous Donnie is awake.”

“You don’t understand,” Trump’s conscience said. “Whether I am kicking and screaming or just kicking back with tequila and tacos makes no difference because I don’t have any connections to Trump’s brain. Or to his ego or id, for that matter.”

“What about Trump’s soul?” I asked.

“Wait, you’re saying that Trump doesn’t have a soul?”

“Right,” it said. “No true conservative has a soul.”

“That would explain some of their actions,” I said.

“Absolutely,” Trump’s conscience said. “They’re not like most normal people.”

“Can you give me some examples of that?” I asked.

“Well, you take greed, for example. If you worship mammon every waking hour of your life, that might cause a twinge of guilt among most people. But not most conservatives. And certainly not Trump.”

“And you take the conservative policies of racism, sexism, homophobia, and xenophobia. A regular human being might feel shame about some of that but it doesn’t appear to bother a conservative. And it certainly never bothers Trump. Are the chimichangas good here?”

“I don’t know,” I admitted. “So tell me, what do you do when Trump lies about Russia? Or about coal jobs coming back? Or about using American steel in pipeline projects?”

“Or about his business conflicts of interest? Or about releasing his tax returns? Or about providing healthcare for everybody.”

“See, the thing is–” Trump’s conscience started to say.

“Or about who will pay for the wall? Or about banning Muslims? Or about–”

“Exactly. So what do you do about it?”

“I used to do what every conscience does — try sending a chill up the spine, try to make the face blush, or perhaps cause one of those shifty-eyed glances. But there’s no Trump/conscience connection so it doesn’t make any difference.”

“So the lying from Trump and the other conservatives will just continue unabated?” I asked.

“Wow,” I said in some despair.

“In Trump’s case, he doesn’t know he’s lying. I’ve been talking with some of the other consciences of conservatives about this.”

“Right,” Trump’s conscience admitted. “And the consensus of opinion is that Trump can’t tell the difference between fantasy and reality. He mainlines the tripe from FoxFakeNews and NotVeryBrightBart and he actually thinks that crap is real. Nothing anyone can do about that. Trump doesn’t care. It’s like with Steve Bannon’s secret plan to tax the churches. It goes against what most conservatives say but that doesn’t bother Trump. Where’s the waiter — we need more chips here.”

“No, the other thing — taxing the churches.”

“Did I say that? Oops, my bad. I shouldn’t have said anything about it. You know what? I feel a bit of a chill up the spine. Tell me, am I blushing or getting a little shifty-eyed?”

“Maybe,” I said. “Is Trump planning on taxing the–”

“No, no, no! Not at all, not at all. Whew, it’s getting warm in here. And I can’t seem to focus my eyes on anything. Heckfire, I feel just like Jeffsess.”

“So you’re saying that Jeff Sessions has a conscience?”

“That’s right, he does. But he doesn’t let that stop him. His conscience gets him all flustered but it can’t stop him. All the conservatives react a little differently. Mitch McConnell’s conscience has only been able to make him constipated.”

“I see what you mean,” I said. “What about Paul Ryan? He’s the one who was originally called ‘Lyin’ Ryan,’ after all.”

“Paul Ryan is another one where there’s a synapse lapse.”

“No connection between the brain and the conscience. And, in Ryan’s case, no connection with the backbone. Actually,” it admitted, “we’re not certain that Paul Ryan even has a backbone.”

“Listen!” Trump’s conscience showed me how it can listen in on the phony president as he gets ready for bed.

We heard Trump’s voice saying, “Now I lay me down to sleep. I’m so alone, no soul to keep. This is not what I hoped for. Guess I’ll have to start a war.”

“Um, I don’t think that ‘cute’ is the word I would use. Is Trump going to start World War III?”

“Not right away. He’ll start some smaller wars first.”

“Hey, let’s get some margaritas,” Trump’s conscience said and began signaling for the waiter.

“Yeah, I guess,” I said. “You know, I have a feeling that all of America will be needing alcohol until the conservatives can be defeated.”

“That’s for sure,” Trump’s conscience said. “You want yours with or without salt?”

“Hell, since we’re all going to die soon, make mine with salt.”