In which we examine the odious delusions, bigotry, and anti-American schemes of conservatards. 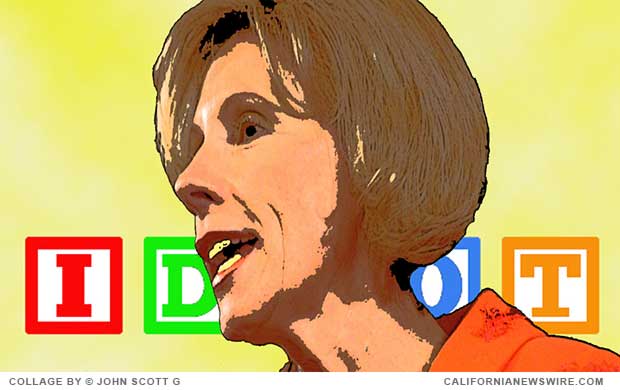 William Shakespeare was on to something when he wrote the following lines for one of the Witches in Act IV, Scene I, of “Macbeth” —

Eye of newt, and toe of frog,
Wool of bat, and tongue of dog,
Adder’s fork, and blind-worm’s sting,
Lizard’s leg, and owlet’s wing.

That seems eerily accurate as a description of conservatives, especially when viewing the dregs of society who support the nihilist Steve Bannon and his bloviating Putin Puppet, the illegitimate president Donald J. Trump. Not to mention the ongoing investigation into possible treason on the part of the Trumpster fire folks.

Conservatives are apparently rotten to the marrow of their bones. How else to account for the hordes of uneducated, unwashed, unthinking goobers who flock to the Klan rallies held by Dummy Donny and his Rethuglican Party?

There is so much hate speech and anti-American proposals coming from conservatards that the only possible conclusion is that this is a herd of pre-humanoids. Their “ideas” bear so little resemblance to those of decent people that conservatives might as well be alien life-forms. Hell, I’m surprised that they have opposable thumbs.

Judging from their public statements, conservative officials are treasonous addlepated twits who are unfit for civilized society. Consider:

Betsy DeVos is an anti-gay, anti-labor, anti-knowledge religiosity freak. She is also a billionaire who uses her money to harm democracy.

* Betsy bought her way onto Dangerous Donny’s cabinet — she contributed to ten of the twelve regressives who were on the committee that voted for her cabinet confirmation.

* Betsy and her family have given a small sum of money to the rethuglican party over the years. How much is the small sum? Oh, about $200,000,000 according to her sworn testimony.

* Betsy would like to destroy America’s public education system.

* Betsy would like to use your tax dollars to fund religious cult schools.

* Betsy thinks that education is a way to “advance god’s kingdom.”

And since Betsy is a privileged white ‘Murican, you can probably guess whose god she prefers. As some people have noted, Betsy DeVos is a radical Christian terrorist.

Paul Ryan represents the bigots of Wisconsin’s 1st congressional district. He heads the “I’ve got mine” conservative cabal and is touted as the “intellectual leader of the conservative movement.” He is the driving force behind the conservative plan to completely screw up the American healthcare system and cause pain and suffering to Americans. Consider:

* When told that the conservative healthcare plan will prevent 24,000,000 Americans from having healthcare, Lyin’ Ryan said, “We feel very good where we are.”

* When told the conservative healthcare plan gives insurance companies a tax break of $145,000,000,000, the Eddie Munster lookalike stated, “We feel like we’re on track.”

* When told the conservative healthcare plan gives drug companies and medical device firms a total of $45,000,000,000 in tax breaks, smirking Paulie said, “…we’re right where we want to be.”

Paul Ryan seems gleeful as he works to commit crimes against humanity. 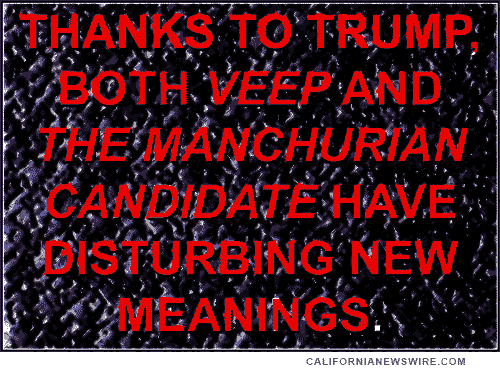 Marco Rubio is a sniveling adolescent in grown-up clothing who managed to fool a plurality of Florida morons into electing him to the Senate. When he is not denying climate science or taking food stamps away from our poorest citizens, he regularly spews nonsense on a wide variety of issues:

* Little Boy Marco feels that energy regulations are stifling jobs while at the same time the energy industry has invented fracking in order to create more than a million jobs — an excellent example of “conservative thought.”

* Little Boy Marco voted against the Convention of Rights of Persons with Disabilities.

* Little Boy Marco voted against renewal of the Violence Against Women Act.

But he’s not always against things — Little Boy Marco voted in favor of the government shutdown. Like all conservatives, congresscritter Rubio is an anti-American clucktard.

Steve King represents the racists of Iowa’s 4th district. This mental defective has a long history of despicable comments:

* Congresscritter King is the douchebag who called the U.S. war crimes at Abu Ghraib “hazing.”

* Congresscritter King is the jerk who said that many who enter the U.S. illegally “weigh 130 pounds and they’ve got calves the size of cantaloupes because they’re hauling 75 pounds of marijuana across the desert.”

What is a Conservative?

It might be instructive to think about the kind of Americans who continually act to damage America. Shakespeare described conservatives accurately in “Macbeth” but here is a verse that is even closer to the truth…

Heart of hate and mind of mush,
Soul of filth and spine of slush,
Devil’s bile and serpent’s bite,
Idiot’s speech with oafish spite.

But the point is to discover why conservatives act in such vile ways. You will do well to remember this simple explanation: “When conservative actions seem kind of funny, the truth is revealed when you follow the money.”