The race for Student Body President of Hillmont Elementary School was contentious. Candidates hurled accusations at each other on a regular basis and every day brought new ugly rumors of vicious whisper-gossip campaign tactics. 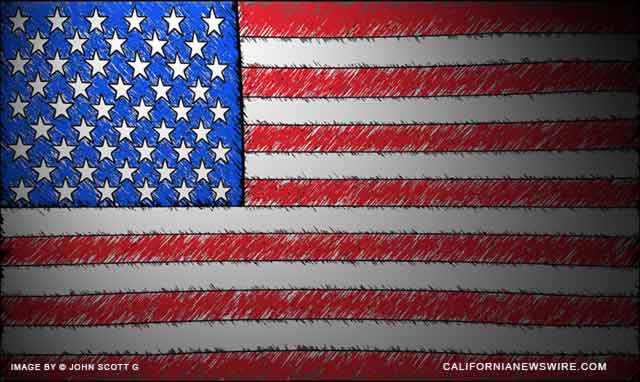 The trouble began with the way the candidates’ names would appear on the ballot.

“I think it should be alphabetical,” said Andy Aaron.

“No fair,” claimed Suzy Zimmerman. “Everything is always alphabetical. Let’s do it in reverse,” she added.

Editorial Note: This satirical article has no relationship to any real-world school of the same or similar name. Be aware this series of political articles running up to the 2016 political election may contain intentional satire, by author John Scott G, and not fully based on actual fact (aside from some of the stupider things, which are sadly 100% factual).

“The person who has already brought fame and glory to the school should go first,” said Brian Johnson, winner of several medals at a recent track-and-field meet.

“Children, we will handle this by drawing lots,” stated school vice principal Ryanse Preebiss. This solution was acceptable to the kiddie candidates but Preebiss was not strong enough to prevent the race from rapidly spiraling out of control.

Almost immediately, the smear tactics began. “Suzy and Andy are not like the rest of us,” Brian whispered to his supporters. “Do we want more of ‘those people’ here in our school? I don’t think so. Spread the word.”

Andy countered by playing off a different set of fears. “Why isn’t there a better fence around the playground? We aren’t safe here. And we can’t have a school if we don’t have borders.”

Suzy addressed the distaff constituency by asking, “Do we always want boys on the student council? Isn’t it time for a girl? Besides, you can see that Andy and Brian have cooties.”

As the rumors surfaced, the candidates lashed out at each other in public as well as behind closed doors. Campaign promises began to get outlandish. At one time or another, each of the candidates made striking proposals:

“When I’m class president I will repeal every word of the Rules of Recess and replace them with something great.”

“We will raise more money for school dances, field trips, and picnics by lowering taxes paid by the rich parents.”

“My opponents are dropping out so vote for me!”

“I’m not dropping out, either.”

“Oh, well, that’s what was reported.”

“You only care about the rich kids, you don’t care about regular students.”

“Oh yeah? If I’m elected, there will be no more homework.”

“If I’m elected, there will be no more tests.”

“If I’m elected, there will be no more Muslims.”

“Oh, and saying I still wet the bed isn’t naughty?”

“That’s not the point. You have a small wee-wee.”

“I do not! You can ask Deb Schuster about when we played ‘I’ll show you mine if you show me yours.’ She’ll tell you.”

“Children! Let’s get back to straightforward campaigning,” said vice principal Preebiss in an attempt to restore order.

“Okay. We’re wasting money on air purifiers and water filters,” one of them said. “The environment and our lungs and our throats and our tummies are just fine. No more school government waste!”

“Yesterday is over! Elect me and we will move into the New Hillmont Century!”

“We must protect our Hall Monitors, our brave boys and girls in uniform.”

“You know, those colored sashes they wear.”

And the campaign promises continued:

“Bibles in every classroom!”

“Chicken tenders, mac-and-cheese, and brownies for every lunch!”

Asked how any of this would be accomplished, the kids all said the same thing:

“What kind of answer is that?” vice principal Preebuss asked.

“The best kind of answer,” was the reply. “It’s an adult answer.”

“Sure. Everything we know we learned from Donald Trump, Ted Cruz, and Marco Rubio. Like you told us, we’re paying attention to our elders.”