The fantasy of performing a comedy club set is something that appeals to a lot of us. So I stepped into the shower, used my back scrubber as a microphone, and tried out some new material. 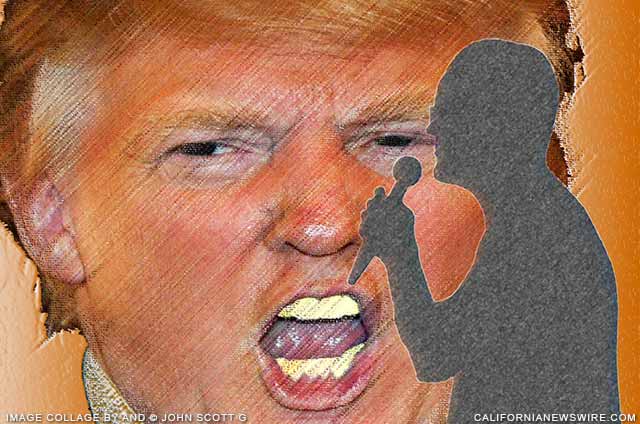 “Good evening, everybody — you guys doing okay tonight?” My imaginary audience made some vaguely positive noises. “Did you take enough drugs for this evening, are you getting enough alcohol?” Now my invented spectators made a lot more positive noises.

“Great, great. Glad to hear it. I’m supremely adequate, thanks for not asking.” Reaction here was only a titter, but that was okay because I was just getting started on The Bit:

“So, I’m at the psychiatrist’s office, on the couch but sitting up — you know, not fully committing to the process. And the psychiatrist asks me if I’ve ever thought I suffered from ‘mental issues.’ Yeah, that’s the term he used. ‘Mental issues.’ So I told him, ‘Sure, sometimes. In fact, lately I’ve been wondering about that every day.’ And he starts making a note on a big legal pad of paper.

“So I figure what I’m saying must be interesting in a ‘consider this’ sort of way but not interesting enough to provoke a conversation. So I stopped talking and now there was this awkward pause and after a few seconds he became aware of the silence between us, and let me tell you, it was a very deliciously dramatic moment, you know?

“If this had been a movie there would be a tense stillness in the room. The atmosphere would be brittle. And somewhere in the distance you would hear something eerie playing on the soundtrack. You know, a David Fincher, David Lynch, Ridley Scott spooky droning sound. It’s not ‘music’ in the way you’d normally think of it, but a powerful celestial Dark Sonic Inner-Ear-Attack kind of thing — an electrical hum at such a low frequency that you feel it more than you hear it. You know, ummmmmm…. Like that. You’re not getting the full effect unless it’s in surround sound. So, everybody, join in: Ummmmmmmm…”

Now I had a crowd of illusory folks all making a low droning sound and then laughing about the silliness of it.

“Thank you. My show is interactive.”

I got a nice make-believe chuckle out of them for that.

“Anyway, the psychiatrist wants to get rid of this oppressive silence so he nods and tells me, ‘Go on.’ Yeah, that’s it, just: ‘Go on.’ He studied at college for years and years but so much of what he does comes down to nodding and telling the patient to continue talking. It’s a good gig if you can keep a straight face.

“Okay, he wants me to ‘go on’ about how I think I may, indeed, suffer from ‘mental issues.’ Dunno where he came up with that idea. Other than because, you know, it’s one of the reasons I’m seeing a psychiatrist! Sorry, didn’t mean to shout. Guess that’s just one of my ‘mental issues.’

“So I tell the shrink — you know, the headshrinker — I tell him, ‘Doc, I think about the possibility of insanity every day, sometimes several times a day.’ And he starts making more notes.

“And just between you and me, let me say to you that I do think about insanity. Yeah, that is absolutely true, ladies and gentlemen. I really do. And there’s a feeling of sadness that flows over me at that instant. A feeling of despair and hopelessness. A feeling that I am lost in a vast and meaningless sea of electrons and protons and protoplasm and cosmic dust — and none of it adds up to anything. My existence is for naught. I am insignificant. I am worthless. I am nothing.”

The make-believe crowd was really with me now — hanging onto every word and caught up in the dark night of my desolation.

“But then I say to myself, wait a minute. Just consider some of the things that are taking place in the world. I mean, a crass, conceited, ignorant, bullying, badgering, dangerous, unhinged, con-artist television reality show host was elected president of the United States, and that’s F#@KING CRAZY, right?”

The audience erupted in laughter mixed with some boos, and then there was a smattering of applause.

“So I figure, you know, by comparison, I’m doing okay.”

I basked in some imaginary laughter.

“One thing my shrink and I agree on: this is a good time to invest in the stock of liquor companies and firms that make anti-depressants.”

“All right, that’s it for me, thank you, and good night!”

There was thunderous applause, followed by a final rinse, a toweling off, and the surrender to inestimable sadness for the current shame of America.