SACRAMENTO, Calif. /California Newswire/ — Stuttering stand-up comic Nina G will have the top spot at the Invisible Disabilities Comedy Show at the Sacramento Punch Line on Sunday, January 27 2019! Author of the forthcoming book “Stutterer Interrupted: The Comedian Who Almost Didn’t Happen,” Nina’s comedy is funny, revealing, unapologetic, and always a window to her experience as a person who stutters. Through humor, Nina G is challenging now people think of stuttering. 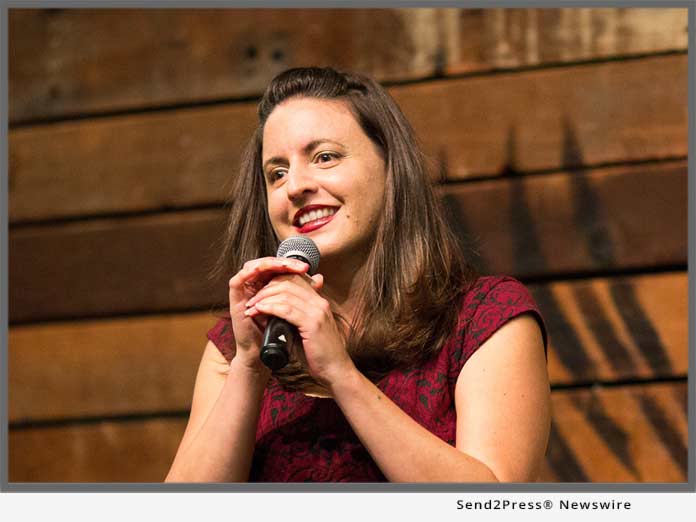 Nina’s brand of comedy highlights that the problem with disabilities is not the people with them, but a society that isn’t inclusive. Nina thinks the recent trend of online stories featuring “clever” ways people “cured” their stuttering may be sending the wrong message to those who are non-stuttering speakers, offers. Nina adds, “Focusing on changing us instead of living our lives gives the wrong message to the public.” Always one to model in herself what she expects from others, her humor is accessible to all who are ready for a good laugh!

When Nina G started comedy nearly eight years ago, she was the only woman who stuttered in the world doing stand-up. Undaunted after battling a lifetime of stigma, Nina pursued her dream.
Nina G is a comedian, professional speaker, writer and educator. She brings her humor to help people confront and understand Disability culture, access, and empowerment.

Nina G’s latest book, “Stutterer Interrupted: The Comedian Who Almost Didn’t Happen” is a memoir, published by She Writes Press, will be released August 6, 2019.

Nina tells the story of her journey of how she became, at the time she started, America’s only female stuttering stand-up comedian. On stage, Nina encounters the occasional heckler, but off stage she is often confronted with people’s comments toward her stuttering. Listeners completing her sentences, inquiring “did you forget your name?” and giving unwanted advice like “slow down and breathe” are common. As if she never thought about slowing down and breathing in her over thirty years of stuttering! In “Stutterer Interrupted” Nina confronts these interruptions and so much more!

What the show is about and the awareness that it brings:

Producers, Ali Ada and and Drew Kimzey each live with multiple disabilities that substantially limit their lives, yet you might never know it. They’re both passionate about comedy but have significant obstacles that can prevent them from achieving their goals. The desire to turn their obstacles into strengths inspired the idea for this show.

In the 18 months since Coral got her start in comedy she has gathered a significant following with her shockingly real and relatable story telling. After going through a major medical crisis she took to stage with her natural, conversational humor and absurd comedy style and never looked back. Many of her jokes surround her new life post surgery as a young, broke, female adjusting to having an ostomy bag. She performs all over the Bay Area sharing her unabashed tales in major clubs such as the SF Punch Line and the San Jose Improv, bringing light to her not-dinner-table-appropriate disability (aka her poop bag.)

According to Coral: “Talking about my ostomy bag on stage not only helped me to accept my new body and situation but educated others on a struggle they knew nothing, to little, about. It’s not just about making people laugh, it’s about drawing them in to your life enough that they begin to invest in attempting to understand your experience, with your disability. It gives my comedy more purpose to know I’m doing my part to reach out to the audience and share that we are all going through some type of invisible struggle, and here I am being open and honest about mine in an attempt to bring us all closer together.”