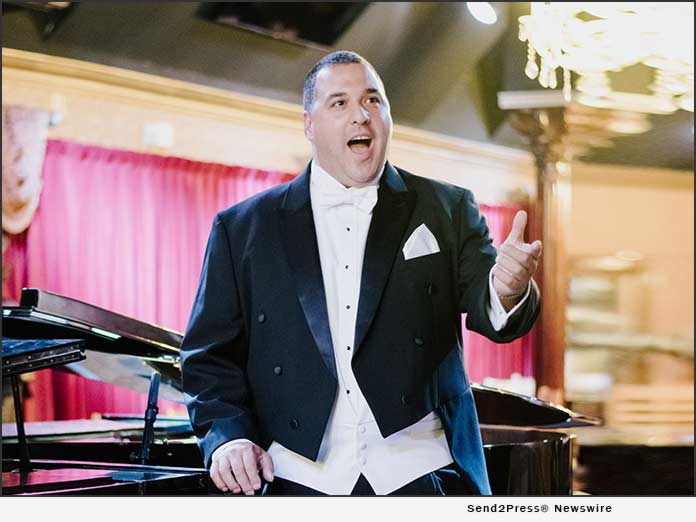 Blanco made history upon the release of this album by becoming the first American tenor to record a multi-genre record. Blanco chose to highlight his Colombian heritage by recording the album in Spanish. The multi-genre style ranges from salsa to vallenato, reflecting the worldly travels he experienced throughout his upbringing. A true artist, Blanco finds inspiration in everything around him, including the name for his album. “Mateo Blanco 724” was inspired by the time he finished recording the last song.

“The purpose behind my album is to inspire people to follow their dreams, believe in love and to spread positivity,” said Blanco. “Music is a vehicle for emotions, so it was important for me to have fellow dreamers collaborate on the record. I personally interviewed every musician who worked on my album to ensure they not only have a happy personality, but true goodness in their soul.”

A classically trained opera singer, Blanco studied commercial music at Florida Atlantic University. He has performed operas such as in La Traviata, Rigoletto, Il Trovatore and Don Giovanni. A man of extraordinary talent, Blanco has also made presentations accompanied by Aretha Franklin and his interpretation before the president of the United States, George H.W. Bush.

In recent years, Blanco has channeled his creative energy into his visual art. Known around the world for his use of unconventional mediums and edible materials, his whimsy is present in everything he makes. Noteworthy projects include portraits of Jennifer Lawrence in peanuts, Dolly Parton recreated in pieces of cloth and string, and Elsa from Disney’s “Frozen” in sugar crystals. His work can be found in Ripley’s Believe It or Not! museums, as well as in museums and private collections around the world.

Mateo Blanco stands out for using unusual materials to create works of art, which have captured the attention of Ripley’s Believe It or Not! His art is sold at ArtSpace Virginia Miller Galleries in Coral Gables, Rosenbaum Contemporary in Boca Raton, Jane’s Art Center in New Smyrna Beach and some pieces have been displayed at Disney Springs and Aloft Hotel in downtown Orlando. Blanco was born in Miami in September 1981. Blanco is also a talented opera singer. He sang a birthday celebration for President George H.W. Bush.

For more information or inquiries, visit his Instagram @mateoblancoart – https://www.instagram.com/mateoblancoart/

This press release was issued on behalf of the news source, who is solely responsible for its accuracy, by Send2Press Newswire. To view the original story, visit: https://www.send2press.com/wire/mateo-blanco-american-dreamer-turned-successful-american-tenor/

‘The New American State’ Is Now Available in Kindle Unlimited

Monument to an African American Patriot Drummer? You Bet!