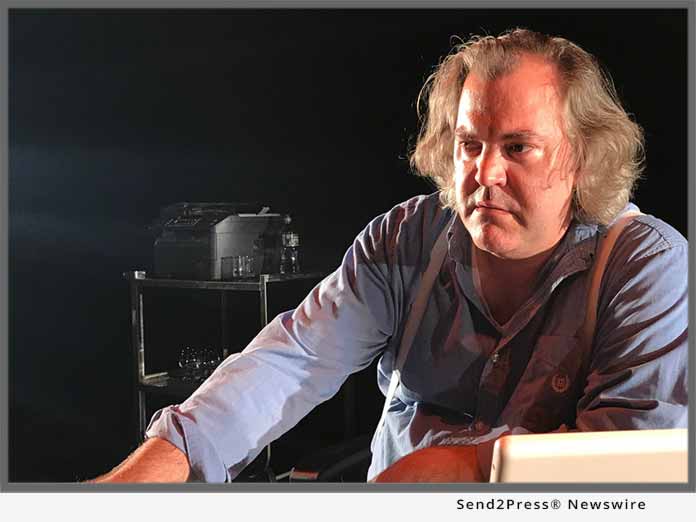 NEW YORK, N.Y., Sep 12, 2017 (SEND2PRESS NEWSWIRE) — LanDan Consulting announces that Brad Fryman is taking on the role of Theo Van Gogh in the World Premiere play “Committed” by Natalie Menna and directed by Brock Harris for the Altruistic Theatre Company.

“Committed” is a work of historical fiction about the last two days of Dutch filmmaker Theo Van Gogh’s life before his murder. When his highly controversial and vulgar documentary causes a tremendous uproar in Amsterdam and abroad, Theo spirals downward.

Fryman’s work includes: “The Drawer Boy” by Michael Healey directed by Alex Dinelaris at the SoHo Playhouse, “Order” By Christopher Stetson Boal directed by Austin Pendleton at The Kirk at Theatre Row, “Pimm’s Mission” directed by Terrence O’brien at 59e59, and “A Wilder Christmas” by Thornton Wilder directed by Dan Wackerman at Peccadillo Theatre at St. Clements.

The play explores the collision of an artist’s radical temperament and unyielding vision with modern political realities and the inevitable tragedy when uncompromising values clash. Can friendship, family, or love save Theo from his biggest threat – himself?

About LanDan Consulting:
LanDan Consulting focuses on energizing and guiding clients to create an environment where every person can be the best version of themselves to maximize career and personal potential.

This press release was issued on behalf of the news source, who is solely responsible for its accuracy, by Send2Press Newswire. To view the original story, visit: https://www.send2press.com/wire/provocative-film-maker-theo-van-gogh-exposed-in-articulate-theatres-world-premiere-production-of-committed-by-natalie-menna/