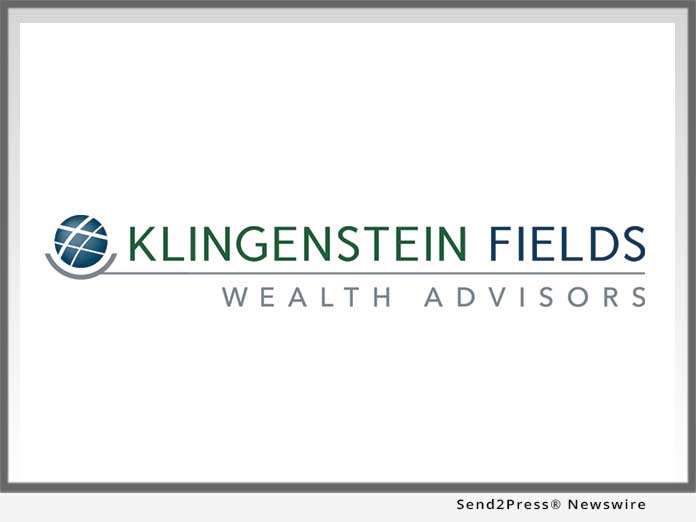 NEW YORK, N.Y., Aug 21, 2018 (SEND2PRESS NEWSWIRE) — The members and employees of Klingenstein Fields Wealth Advisors are deeply saddened by the passing of John Klingenstein, one of our founding members and a Principal of the firm.

John Klingenstein was also deeply committed to the community and giving back. He served as President of The Esther A. & Joseph Klingenstein Fund for over forty years and was President Emeritus of the Fund at the time of his death.

He was also a trustee of Teachers College, Columbia University, Trustee Emeritus of The Rensselaerville Institute and on the Executive Committee of the Rockefeller University Council.

Mr. Klingenstein graduated from Yale University with a B.E. in Engineering and received an M.S.E. from the University of Michigan. He is survived by his wife Pat Klingenstein, and children, Tom, Nancy, Andy and Sally, ten grandchildren, and one great-grandchild.

This press release was issued on behalf of the news source, who is solely responsible for its accuracy, by Send2Press Newswire. To view the original story, visit: https://www.send2press.com/wire/in-memoriam-john-klingenstein/