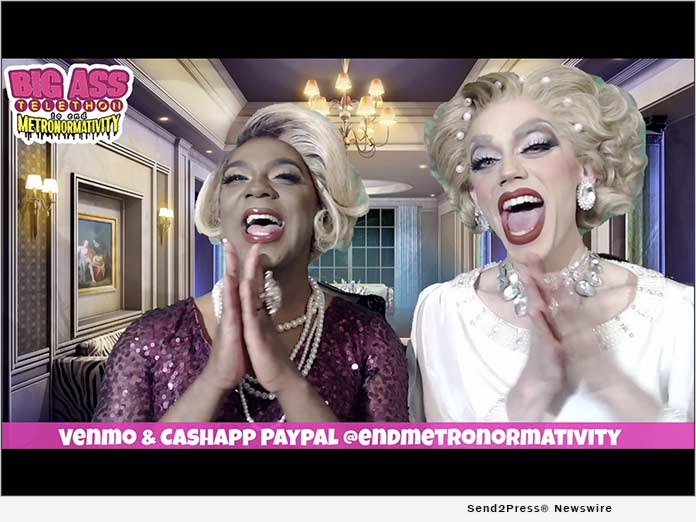 Organizers of the telethon aim to not only support southern artists impacted by COVID-19, but also to raise awareness of the problems that metronormativity pose to rural queer visibility. Metronormativity assumes that while rural and urban existences differ, urban queer life represents the “norm”, often turning a blind eye to bigoted, stereotypical portrayals of rural culture.

Online applications for micro-grants and the second telethon opened on Friday, May 1. Artists and performers from all LGBTQ+ backgrounds are encouraged to apply. Proceeds from the event will go to performers and other rural community members in need of support. Ongoing donations are encouraged at @endmetronormativity on Venmo/Cash App or endmetronormativity@gmail.com on PayPal.

This press release was issued on behalf of the news source, who is solely responsible for its accuracy, by Send2Press Newswire. To view the original story, visit: https://www.send2press.com/wire/champions-of-southern-queer-visibility-announce-second-virtual-telethon/