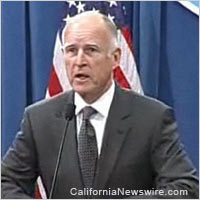 SACRAMENTO, Calif. /California Newswire/ — Governor Edmund G. Brown Jr. today announced the following appointments. First, George Alexeeff, 57, of Walnut Creek, has been appointed director of the Office of Environmental Health and Hazard Assessment at the California Environmental Protection Agency. Alexeeff has been the deputy director at the Office of Environmental Health and Hazard Assessment since 1998. He has worked at the department since 1988, serving as chief of the Air Toxicology and Epidemiology branch from 1990 to 1998, and chief of the Air Toxics Unit from 1988 to 1990. Alexeeff earned a doctorate in pharmacology and toxicology from the University of California, Davis. This position requires Senate confirmation and the compensation is $147,828. Alexeeff is a Democrat.

Sandra Hutchens, 57, of Dana Point, has been appointed to the Commission on Peace Officers Standards and Training. Hutchens has served as sheriff-coroner for Orange County since 2008 and served with the Los Angeles County Sheriff’s Department from 1976 to 2007, in multiple positions, including the division chief for homeland security. She is a member of the California State Sheriffs’ Association and the California Peace Officers’ Association. This position requires Senate confirmation and there is no compensation. Hutchens is a Republican.

Jonathan Parker, 56, of Yuba City, has been appointed to the Commission on Peace Officers Standards and Training. Parker has been sheriff-coroner for Sutter County since 2008. He was undersheriff at the Sutter County Sherriff’s Department from 2006 to 2008 and was division commander at the Sutter County Sheriff’s Department from 2003 to 2006. Parker worked at Sutter County Jail from 1990 to 2003 in multiple positions, including jail captain. Parker is a member of the California State Sheriffs’ Association. This position requires Senate confirmation and there is no compensation. Parker is a Republican.