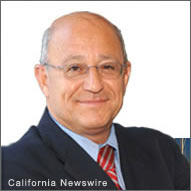 Now is clearly not the time for politically-motivated appointments – especially those that will yield added costs through a domino of special elections. Because Senator Maldonado is a sitting Legislator, the cost to the five counties he represents to hold a special election for his or her replacement could be in the neighborhood of $5 million (at a cost of at least $1 million per average-sized county).

The Governor should have delayed this appointment until shortly before one of the next regularly-scheduled elections in 2010. Not only would this have saved the cost of the likely special election that would be needed, it could have saved California between $500,000 and $1 million in costs to operate the Office of the Lieutenant Governor.

While $6 million may not pay for the major programmatic restructurings needed in the state budget, it is nonetheless meaningful money. $6 million has the ability to provide 200,000 textbooks to at-risk or poverty-stricken elementary school students, upwards of 14,000 immunizations for children, or 3 million meals to California’s elderly and disabled population through the Meals on Wheels program.

While the Legislature debates which populations from whom to withhold benefits, which low-level offenders to release from prisons, which public parks or beaches to close, and which teachers, doctors, or public safety officers to cut from the state’s payrolls, the Governor should have used this opportunity to set an important example and show that every dollar counts.

Assemblymember Pedro Nava represents the 35th Assembly District, including Oxnard, Ventura and Santa Barbara. He Chairs the Assembly Banking and Finance Committee. In addition, he serves as the State Assembly representative on the California Ocean Protection Council.