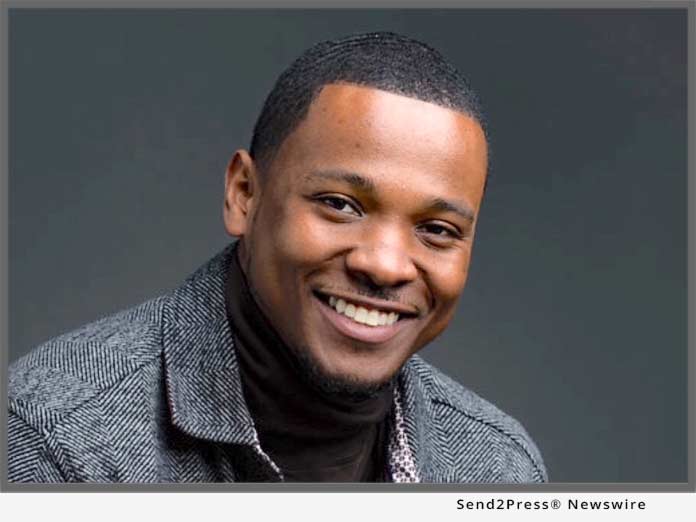 ATLANTA, Ga., Apr 20, 2018 (SEND2PRESS NEWSWIRE) — When viewers watch young, upcoming actor David Busby in his debut recurring role on the third season of Bounce TV’s sizzling series “Saints and Sinners,” they are witnessing the passion of a young man who has had his own personal run-in with real life saints and sinners. Working alongside the show’s veteran stars, including Vanessa Bell Calloway, Clifton Powell, and Keith Robinson most would never guess that twice in two years, the determined 26-year-old thespian almost lost his life to street gun violence.

The first time Busby was shot was July 10, 2016. He was at a local laundromat in Inglewood, Calif. when a gunman aimed on him close range firing seven shots and hitting him. Then again, on May 6, 2017, Busby’s life was almost snatched for the second time. While in front of his grandparent’s Inglewood home, a car pulled up just 15 feet away and opened fired on him with an assault rifle. With a total of 18 shots were fired, four bullets hit David’s car and one pierced his head. These traumatizing ordeals would have pushed many into despondency and depression, but instead they fueled Busby to live his life to fullest.

The remarkable survivor is now racking up the kind of notable acting credits it takes many industry newcomers years to book! He has secured four episodes on the third season of “Saints and Sinners,” portraying Profit, a villain who is the perfect menace to society. In addition, Busby has landed a coveted role in the upcoming original BET miniseries, “The Bobby Brown Story” slated for airing later this year. Busby will play Billy, the long-time friend of R&B icon Bobby Brown.

“David Busby is a remarkable talent,” cites Christopher Young, talent agent at BYSB Talent Agency. “BYSB signed him immediately upon auditioning him. His unfortunate life experiences have propelled something magnetic in him. His determination to succeed is so palatable you can taste it.”

An Inglewood, California native, now living in Atlanta, Busby was raised by his school teacher grandmother and jazz musician grandfather. Church played an important role in his childhood and he always believed he was destined to do great things. After two near death experiences, Busby decided that time was now. He always felt drawn to acting and finally decided to seriously pursue it.

“My two brushes with death pushed me to live. It’s crazy because when I think about, I’m not supposed to be here, but I am. When I changed my mind and my thoughts, my world changed. Today, just a year after being shot for the second time, I’m working side by side with actors I looked up too while growing up. But it’s not just about me. I want to let others know, especially those my age who are going through something bad, that there is good out there. There is hope. Your situation and your circumstances can change for the better and it doesn’t have to take forever for that to happen,” expresses Busby.

“Never giving up is the key,” continues Busby. “I once modeled myself behind man and man is flawed, so I’ve really been aligning myself to that which I feel in my heart is true. God is my truth and I model myself behind that and continue to grow and live in it.”

David Busby is a self-realized saint who was almost destroyed by sinners. He serves as an amazing example of perseverance, strength and vision. Catch him on this season of “Saints and Sinners” and look out for him in “The Bobby Brown Story.” This young man is making moves, and nothing can stop him now!

This press release was issued on behalf of the news source, who is solely responsible for its accuracy, by Send2Press Newswire. To view the original story, visit: https://www.send2press.com/wire/26-year-old-david-busby-survives-gun-violence-and-lands-debut-role-on-bounce-tvs-saints-and-sinners/