SAN FRANCISCO, Calif. /California Newswire/ — The Hemophilia Foundation of Northern California (HFNC) will participate in World Federation of Hemophilia’s (WFH) “Lighting It Up Red!” campaign in recognition of World Hemophilia Day. On April 17, at 7:30 p.m. on the steps of San Francisco City Hall, HFNC, and the National Hemophilia Foundation (NHF), and families and friends affected by bleeding disorders will gather to celebrate as City Hall is illuminated in red to show support for the millions of people around the world living with a bleeding disorder. 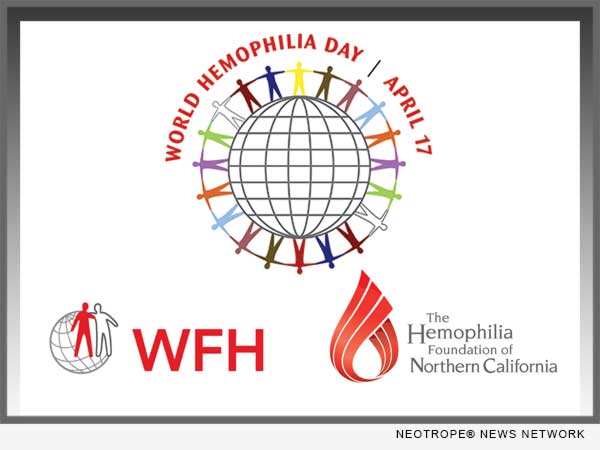 HFNC is asking all who wish to show support to join them on the steps of City Hall and to wear red in support of the cause.

World Hemophilia Day is an opportunity to raise awareness of people living with hemophilia and other inheritable bleeding disorders around the world. The “Lighting It Up Red!” campaign seeks to create a visual reminder of the global bleeding disorders community as well as the organizations such as HFNC, who provide support for local individuals and families affected by bleeding disorders.

About bleeding disorders:
Bleeding disorders, a group of disorders that share the inability to form a proper blood clot, include hemophilia, von Willebrand disease (VWD) and rare factor disorders. They are characterized by extended bleeding after injury, surgery, trauma or menstruation. Improper clotting can be caused by defects in blood components such as platelets and/or clotting proteins, also called clotting factors. Currently there are no cures for bleeding disorders and treatment for these conditions varies, depending on their severity. Worldwide, nearly 70 percent of people affected by bleeding disorders have no access to treatment.