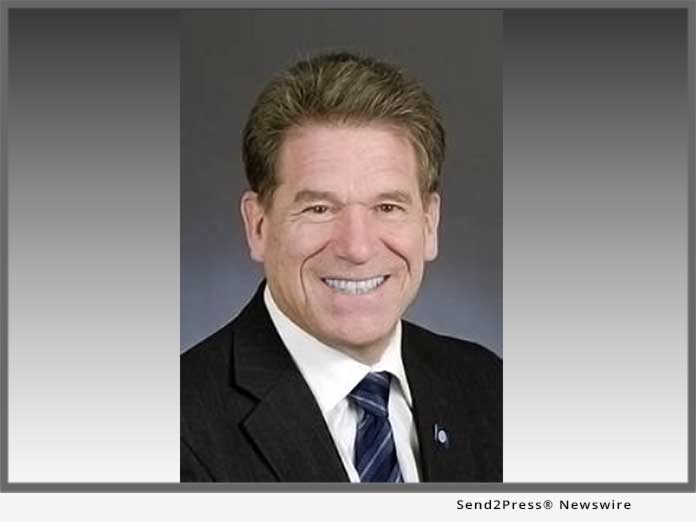 BLOOMINGTON, Minn., Apr 09, 2019 (SEND2PRESS NEWSWIRE) — The German American Chamber of Commerce of the Midwest, Minnesota Chapter announced today that Mark Ritchie, former Minnesota Secretary of State, and current President of Global Minnesota, will speak at the Chamber’s “Stern des Nordens” (Star of the North) Annual Gala on April 27, 2019 in the Hyatt Regency Ballroom in Bloomington.

As Minnesota United FC will host the German Bundesliga’s Hertha Berlin in the first ever international friendly at the new Allianz Field on May 22, 2019. Mr. Ritchie will address the gala audience with his engaging style, wit and humor on the timely topic of professional soccer’s growth in popularity in Minnesota, and indeed, “Can Soccer Heal the Planet?” Even the name, Minnesota United FC, was chosen to reach out to, and unite, the diverse communities in this state and the two cities of Minneapolis and St. Paul.

As president and CEO of Minnesota USA Expo, Ritchie was recognized as an engaging and committed leader whose global responsibilities required him to collaborate with heads of state, United Nation’s committees, scholars, and corporate leaders.

The gala cocktail reception kicks off at 6 p.m. with live music from tenor Mario Perez, accompanied by John Eitzner on the concertina. The evening’s festivities also include butler passed hors d’oeuvres, elegant small plate and carving stations, wine pairings, and dessert, and caps off with the popular new trend called Silent Disco, or Silent Party, sponsored by Celebrity Cruises.

Allianz Life Insurance Company of North America, Minnesota United FC, Condor Airlines, and Baker Tilly are among our other sponsors for the evening. The “Stern des Nordens” Annual Gala is open to all.

Founded in 1992, the Minnesota Chapter of the German American Chamber of Commerce of the Midwest represents German and American companies and individuals in Minnesota committed to promoting German-American business, trade and commerce. Learn more: https://www.gaccminnesota.org/.

This press release was issued on behalf of the news source, who is solely responsible for its accuracy, by Send2Press Newswire. To view the original story, visit: https://www.send2press.com/wire/welcoming-hertha-berlin-to-minnesota-can-soccer-heal-the-planet-mark-ritchie-to-speak-at-gacc-midwest-mn-chapter-gala/