It helps them to develop and enhance valuable employee soft skills like communication, leadership, public speaking, and confidence-building. 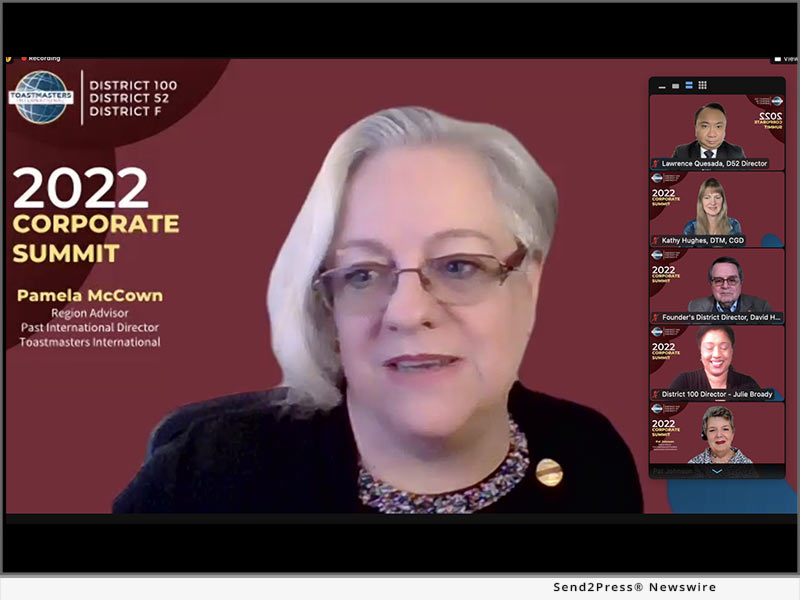 Cathy Daoust, former executive director, IT Organizational Change Management at SONY Pictures Entertainment, attended and shared what it was like to help implement the Toastmasters´ educational program at SONY.

Daoust says that they had a large number of employees register and participate and explains that she saw a big positive change in their skill levels and confidence.

“They became the first ones to raise their hands for new challenges. If we had a new initiative, they were there; they wanted to do it. They asked if they could make the presentations and wanted to practice. They’d have their weekly [Toastmasters] meetings, but they wanted to practice outside of that. They weren’t afraid to stand up in front of 400 IT people and present. Toastmasters made a significant difference.”

Other attendees included public servants from the City of Arcadia and representatives from companies like Kimball Midwest, Serendipity & Co., and NUCONET.

The Corporate Summit will be held again on March 7 at 5 p.m.