TEMECULA, Calif. /California Newswire/ — Temecula United Soccer Club announces the hiring of Carlos Juarez to oversee the Club’s Coaching Education Program. He will also coach the Boys 2003 and Boys 2007 teams at the Club. In what is seen as a major hiring coup by Temecula United, Carlos brings more than 30 years of top-level experience to the Club having worked at all levels of the game including the U.S. Men’s National Team and Major League Soccer. 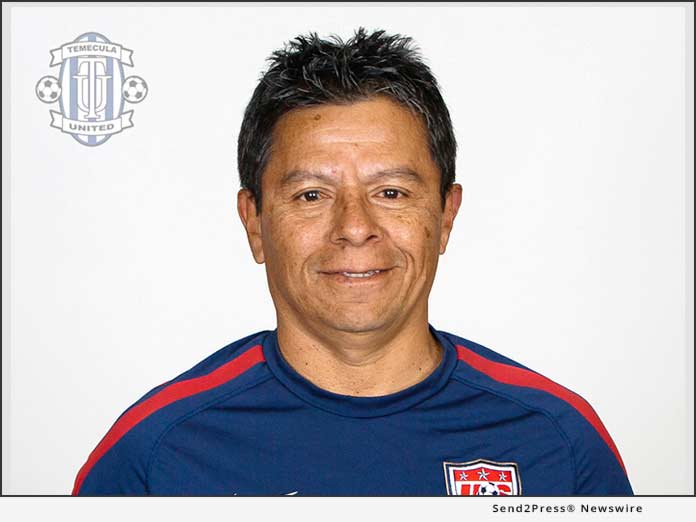 “We are extremely pleased to add Carlos to our Club staff,” said Temecula United Soccer Club President Michael Richards. “Carlos is one of the finest coaches not only in California, but in the entire country. It speaks highly of our Club that a coach and administrator with his pedigree decides to join the Club.”

“His knowledge and connections to college programs will greatly enhance opportunities for our players looking to play at the next level,” Richards added. “Carlos will spearhead our College Pathway Program.”

Carlos Juarez holds a United States Soccer Federation “A” License and was the NCAA National Coach of the Year after reaching the women’s National Championship game with Cal Poly Pomona in 1999. Coach Carlos has coached U.S. Youth National Teams, served as the head coach of WUSA’s San Diego Spirit, and was an assistant coach with MLS Chivas USA.

With U.S. Soccer, Juarez has served as a National Staff Instructor and as a Chief Scout for the U.S. Men’s National Team from 2011 to 2016 under head coach Jurgen Klinsmann. His last major assignment for Klinsmann was to scout opponents during the 2014 FIFA World Cup in Brazil.

“Carlos is a U.S. Soccer instructor for all coaching license levels”, said Club President Michael Richards. “He teaches “A” license courses and will be asked to develop Temecula United’s Coaching Education Program as we continue to build the finest coaching staff of any club in the area”.