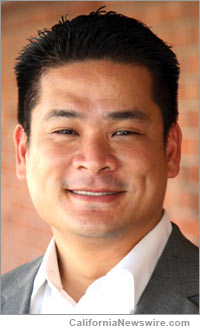 “I am running for State Assembly because I want to change things in Sacramento. I want to ensure that my children grow up in a safe neighborhood, have access to a great education, and find quality jobs in the new economy,” Tran said. “I am proud of my record as a local School Board Member, Councilmember and Mayor. In Sacramento, I will fight to create jobs for local residents, ensure children in our community have access to a quality education and deliver our district’s fair share of funding for public safety and transportation projects.”

According to data released by Political Data Inc, the 49th State Assembly District has the highest percentage of Asian Pacific Islander (API) surname voters in California. Asian Americans compose 49.75% of the voting age population, 38.6% of registered voters and over 57% of registered Independent voters in the district. The projected voter registration in the new district is 41% Democratic and 25% Republican. Barack Obama carried the district by a 23% margin in 2008 and Governor Jerry Brown won the district by 17% in 2010.