Fear grips the land as Conservatism takes control of the United States. A member of Team Trump seeks to reassure everyone that things will be fine, just fine. 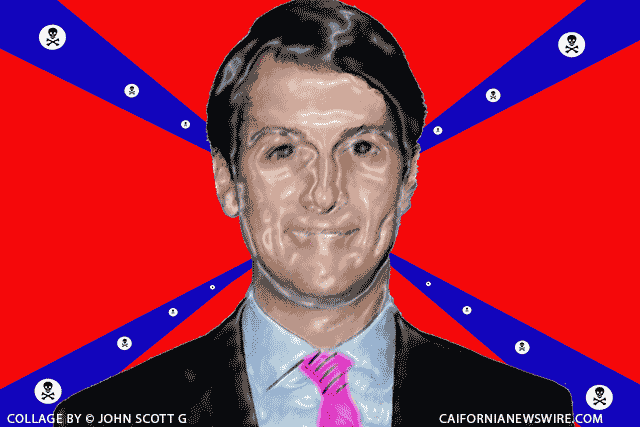 Editor’s Note: this is a satirical article. No actual interview with any Trump advisor took place.

The recent election victories of Conservatives — taking control of the White House, Senate, and House of Representatives — have understandably frightened people in the USA and around the world. We reached out to Team Trump and were able to speak briefly with campaign advisor Corey Kingston, who said he wanted to let everyone know there is no cause for alarm.

“There is no reason to be afraid of the TCC,” Kingston said with a reassuring smile.

“Trump Conservative Coalition. The TCC wants to bring Americans together and move this great country forward.”

“Only the good ones,” he said with a reassuring smile. “We’re taking back the good of the past and adding it to the better stuff of the present to create the best-ever future.”

“Let’s focus on some of the Conservative policies,” I said. “What about racial equality?”

“As a white Christian nation, our priorities are what you find in the Bible. For example: ‘Refraineth from the payeth of onerous taxation.’ Another one is ‘Smite the media who dare to smite our leaders.’ And: ‘Keepeth thy womenfolk unshod and with child but always silent, especially after the laying on of hands in the nether regions.’ Things like that.”

“Those aren’t actual scripture,” I pointed out.

“Close enough for Conservatism,” he said with a reassuring smile.

“I see. Well, what about income inequality?”

“So, basically, where you are on the income scale is where you’ll stay?”

“Not all the time. With hard work and pulling yourself up by your bootstraps there is no limit to what you can accomplish.”

“Beats me,” he said, adding “it probably has to do with getting a loan from your father.”

“I see. What about reassuring our nation’s partners in NATO?”

“Absolutely,” he said enthusiastically, “as soon as their checks clear.”

“What about people paying for college education?” I asked.

“Well, I never had any problem with that,” he said.

“We are in favor of Americans having jobs,” the Trump spokesman said.

“Perhaps you could give a few more details,” I suggested.

“Good-paying jobs, great jobs, the best jobs. We want everyone to have the kind of job where they contribute to society and stay out of trouble and support Conservatism and vote for the Republican Party and earn lots of money so they can invest in things like the New Trump U, our latest product that’s launching very soon. It’s what we’re calling the University of Success. You know, success is what a Trump Conservative administration is all about. Success and jobs for all — that’s our motto,” he said with a reassuring smile.

“Manufacturing jobs are not coming back,” I pointed out. “Even jobs like truck driver are going away because of driverless vehicles. What about all those people?”

“They can go to work for telemarketing companies,” he responded. “Or for the check-cashing industry,” he added with a reassuring smile.

“What about the threat to humanity posed by climate change? By denying climate change, you’re holding back the new jobs that could emerge in alternative energy sources,” I said.

“We are against the whole climate change hoax because we don’t want to help the Chinese,” he said with an admonishing frown.

“That makes no sense,” I said.

“Like the Charles Lindbergh committee in the 1940s, we are for America First,” he said with a reassuring smile.

“But at the expense of the world.”

“The world doesn’t vote in our elections.”

“Lucky for you. Okay, let’s look at a government program that works well for tens of millions of people: Medicare. Where do the Trump Conservatives stand on that?”

“It’s a question of allocating resources,” he replied. “When a government program costs too much it has to be cut.”

“But then a lot of people will die,” I pointed out.

“Yes, but these are old people,” he said. “Look, it’s a simple matter of doing a cost/benefit analysis. We ran the numbers and wealthy Americans and big corporations just can’t afford it.”

“You only can’t afford it because you keep trying to cut taxes on the wealthy and multi-national corporations.”

“Exactly,” he said with a reassuring smile. “I can promise the American people that the Trump Conservative Coalition has everyone’s best interests in mind.”

“Nearly everyone,” he said.

“Nearly everyone who really counts. Look, someone like you has nothing to worry about.”

“You mean because I’m an over-45-year-old angry white guy?”

“Exactly. You’ll do fine, just fine. You will do fine — believe me.”

“It’s not a compliment. Okay, let me sum up here. Basically what you’re saying is that the only groups who have to be worried about the Trump Conservative Coalition are women, students, seniors, veterans, the sick, the disabled, Jews, blacks, Hispanics, Muslims, atheists, agnostics, progressives, liberals, the poor, and the middle class.”

“Right,” he said. “As you can see, America can once again become a great country thanks to Mr. Trump and the Conservative Coalition!” he said with a smile that was not so much reassuring as it was triumphant.

Americans Reminded to Enjoy the Sun Safely this Summer