There is nothing too vile for right-wing nut-jobs to say or do in attacking Hillary Clinton, as evidenced by their three-decade-long hissy fit against the former first lady, senator, and Secretary of State. Here are some points to counter the bat-crap crazies of the GOP. 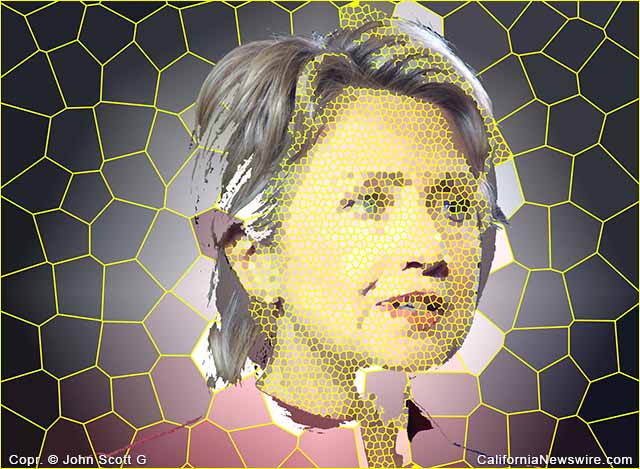 Now that Hillary has emerged as the presumptive presidential nominee for the Democratic Party, everybody is taking a look at her strengths and weaknesses. As usual, they are mostly getting things wrong. So here is a brief attempt to set the record straight.

Experience — more than anyone else in politics.

Vetted — more than anyone else in any profession.

Articulate — average. About what you’d expect for a politician but not quite as good as a used car salesman.

Mic savvy — poor. She is still learning to trust the microphone, often pushing her voice into a strident range whenever trying to emphasize her points.

Orator — enh. Hillary’s speeches often have terrific statements but she could deliver them with less shouting. Pretty please.

Charisma — apparently good in person but just okay on TV.

Sense of calm — she goes along just fine until Somebody Crosses A Line and then there’s the chance she becomes acerbic. You know, just like the rest of us might do.

Hawk — sometimes. Voted for the Iraq war. Wanted more intervention in Syria. But maybe a hardline attitude is necessary once in a while.

Let’s take a moment to address the whole “scandal” situation. Sham scandals — or what people in the office here are calling shamdals — are continually dreamed up by the conservative pestilence in an attempt to fight the forward progress of the country. Hillary has been the target of shamdals for more than a quarter of a century. Yes, that’s right — members of the Treason Party have been making up crap about Hillary for a generation.

Of course, conservative nut-jobs continually help corporations and billionaires by twisting facts and fabricating stories about democrats and progressives, but nowhere is this more evident than with Hillary. Consider the frenzied shrieks from the poisoned minds of the Party of No and their scum-encrusted ilk: E-mails! Benghazi! Whitewater! Foundation donations! Speeches! Eeek a Woman! Pantsuits!

So, each election, the public is faced with a classic choice of tough guy versus nice guy.

But this election, we can have the best of both with Hillary. Quite apart from the fact that she is on a first-name basis with the power-brokers in the world, she is a democrat who is a badass.

Think about it: Hillary is a female democrat who is unafraid to kick some butt — Americans will find no better combination than that.