Presenting the revelations of a salacious, stunning, and completely fictitious investigation into the personal habits of conservatives in the Senate and the House. 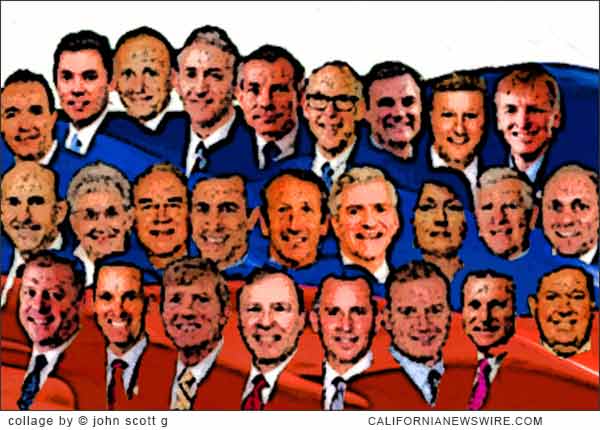 Data never dies. No matter what information appears in print, email, text message, audio, or video, there is a record of it somewhere. In assessing those piles of files, it is evident that people who perform in Washington, D.C., have one thing in common: prevarication. In just one quick session of screening video files from The Hill, you could see the following:

* Tobacco company execs swearing no knowledge of nicotine addiction from their products.

* Oil and gas company execs swearing no knowledge of how their companies pollute the air, the groundwater, and the ocean.

* Republican Party representatives swearing no knowledge of the treasonous practices of their organization.

Come with me now as we play back a conversation between a Conservative Unapologetic Republican and a Free Independent Thinker:

FIT: Especially when you have to keep denying and lying.

CUR: I beg your pardon?

FIT: You denied knowing what your party is doing, which is either a lie or you are incompetent.

CUR: No, no, no, I merely stated that, to the best of my understanding, at the end of the day, to make this perfectly clear, the practices of the party members are, when all is said and done, and putting it in terms that each and every American can–

Big Data is Watching You

If it’s true that all conversations in Washington are monitored, the following two statements would be recorded every week:

(1) “If you say the Washington Monument is a phallic symbol it’s because you’re envious.”

(2) “Be careful with political labels — some people get called ‘conservative’ when actually they’re just stupid.”

There is often a mixture of truth and fiction in the info, as you can plainly see from the following real-life conversation that I just made up:

“No, he wasn’t that large in real life. You saw the movie, Lincoln, so you know he was tall but still normal size.”

“That guy was intense.”

“Well, son, the actor playing Lincoln sure was, but the real Lincoln probably wasn’t that intense.”

“Because nobody in real life is that intense.”

While we’re on the topic of eavesdropping, let us examine an organization that is always lurking in the shadows: the Domestic Security Agency, a real-sounding organization that, if it existed, would view the activities of all Americans, including Senators and Congresscritters. The DSA would monitor emails, phone calls, mail, memos, online purchases, online searches, and downloads. This would reveal the following types of interests among some of our more despicable elected representatives:

For All to See

These days, the forces of evil operate more out in the open than ever before. Consider:

* Conservatives blatantly work to take healthcare from millions of Americans.

This column has nearly a half-dozen warnings about it being fanciful but I’m willing to bet that the moron base of the conservatard party will be more upset by this spoof than by the anti-American and anti-humanity actions of their conservative representatives.