As America suffers the shame of an illegitimate president elected by racists, morons, greedwhores, and Russian agents, one ray of hope is that the USA is being managed by that revered political genius, Jared Corey Kushner. 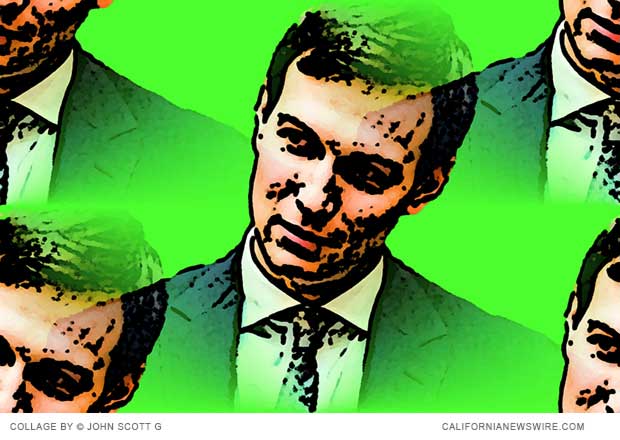 In my continuing series of totally fabricated interviews, I sat down for a brief discussion with one of the Trump administration’s top prevaricators, Boris (“Badinov”) McPaster.

“The American people,” I said, “want to know more about the policies and procedures of the Trump regime. For example, who is leading our efforts to achieve peace in the Middle East?”

“That would be Jared Kushner,” he told me.

“Wait, is that including our interaction with specific nations — Israel, Iraq, Iran, Pakistan, Afghanistan, Syria, Saudi Arabia, Palestine, and so on?”

“Yes, that would be Jared.”

“As well as the whole ISIS problem?”

“That is also Jared.”

“Wow, so much responsibility,” I said. “What are his qualifications for handling those things?”

“You just stated them: he’s the president’s son-in-law.”

“That doesn’t seem like the proper background or experience.”

“Close enough for conservativism,” he noted.

“Good point,” I said. “All right, let’s move on. Who is running our interaction with China and the attendant problems of currency manipulation and the reigning-in of the militarism of North Korea?”

“That would also be under the purview of Jared Kushner,” McPaster said.

“That’s amazing,” I said. “He’s going to be busy. Good thing he’s still in his thirties because any one of those things can really age a person.”

“Not if you don’t care about the ramifications of your decisions.”

“Ah, I see. Well, what about US relations on the North American continent — who is overseeing our interaction with Mexico?”

“What about reforming government processes?”

“This is incredible,” I said. “Everything is on Jared Kushner’s plate. Is that so the administration has a built-in fall guy when things go wrong?”

“Interesting question,” he replied. “I think Jared should probably look into that.”

“I mean,” I protested, “it just seems fantastic to me that all programs, policies, and procedures are up to Jared — everything from the interaction of global powers to polishing the president’s golf clubs.”

“Oh no,” he said, “that’s where you’re wrong. Polishing the president’s golf clubs is not entrusted to Jared.”

“Who has responsibility for that?”

“I thought he was the guy in the bunny suit at the White House Easter Egg Roll.”