Conservative ‘principles’ are revealed when right-wingers endorse Donald Trump after condemning him as the worst thing since polio. 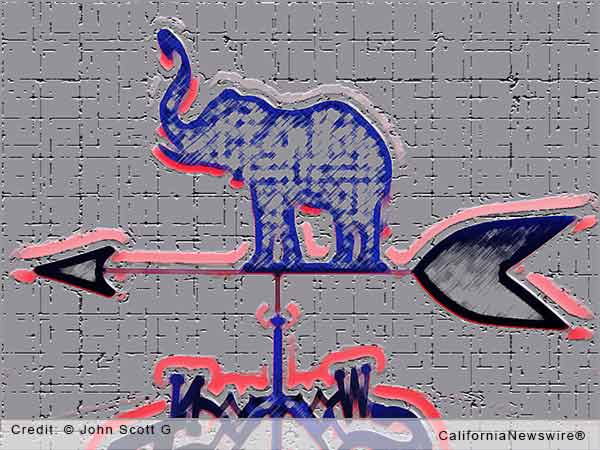 Low-information voters in America are sometimes surprised when conservatives reveal that they have no morality — but this is not a shock to anyone who has paid attention to the Stupid Party over the years.

GOP hordes happily overlook the disastrous economic policies of three horrific presidents: Reagan, the first Bush mistake, and the second and even more disastrous Bush mistake. At the same time, conservatives repeatedly reveal that they are okay with racism, xenophobia, homophobia, plutocracy, theocracy, and crypto-fascism.

So it’s ironic that the Greedy Obstructionist Pricks continually natter on about “principles” and “values.” There aren’t many cabals that praise themselves as often as right-wing nut-jobs. Other than pedophile priests, the most self-reverential pronouncements come from conservatives.

And that kind of know-nothing approach is making a mockery of the 2016 election campaign. Just take a look at some of the recent GOP flips and flops:

* Chris Christie called Trump “ridiculous” and a “carnival barker” who is “painfully naive” and “makes no sense.” He also deplored Trump’s behavior by saying we’re electing a president, not an “entertainer-in-chief.” Now he endorses Trump, is a member of his team, and is considered a possible running mate. (Campaign slogan: “Trump and Plump 2016.”)

* Marco Rubio called Donald Trump a “con artist” and correctly pointed out that Trump is “wholly unprepared to be president of the United States.” But Marco Rubio now says he “will support the Republican nominee.” (Campaign slogan: “Little Hands and Little Marco 2016.”)

* Ted Cruz called Trump “utterly amoral,” “a narcissist at a level I don’t think this country’s ever seen,” and “a serial philanderer.” Ted Cruz also said of Trump, “This man is a pathological liar, he doesn’t know the difference between truth and lies … in a pattern that is straight out of a psychology text book, he accuses everyone of lying.” But as of this writing, Ted Cruz will “support the nominee.” (Campaign slogan: Trump and Elmer Gantry 2016.”)

* Ben Carson noticed that Trump has “major defects.” Yes, even Ben Carson is able to notice that. Yet now Carson is endorsing Trump and is a member of his team. (Campaign slogan: “Dazed and Crazed 2016.”)

* Bobby Jindal said some things but nobody cares what Bobby Jindal says about anything. The point is that even GOP a-holes recognize that Trump is dangerous while still supporting him. (Campaign slogan: “Orange and Burnt Umber 2016.”)

This anti-reason approach — a sacred part of conservatism — is attractive to some Americans. That got me to wondering how the stupid-and-stupider GOP style might spread through the land. Take a look at how the conservative mind-warp would work in other occupations:

Used car salesperson ~ “Sure, the transmission’s shot, the shocks are weak, and the brakes are dangerous, but we can put you and your family into this beauty for just ninety-nine-ninety-five per month for just forty-eight months. Let’s talk financing.”

Mobile phone sales rep ~ “Connectivity is spotty, customer service is wretched, and the hidden fees will drain your budget, but we are the only company with 9GG (nineteenth generation gobbledygook) technology!”

Real estate agent ~ “The roof leaks, the lead pipes make the water undrinkable, and the foundation is about to take the whole structure into a huge sinkhole — you know, kind of like the conservative moment — but this home is a handyman’s delight and a steal at just forty-nine percent above fair market value. And it’s a nice neighborhood. Wait, you’re not Hispanic are you?”

Grocer ~ “Most of the vegetables are bruised and battered — kind of like the wives of republican voters in the South — but the prices are only slightly higher than last week so you’d better buy now!”

All of which leads to the campaign positioning statement of the month… “Conservatism: 1st Class Choice for 2nd Class People in a soon-to-be 3rd World Country.”