While drunk and stoned, a GOP operative spills the beans on some of the dank, dark secrets of members of the Treason Party. 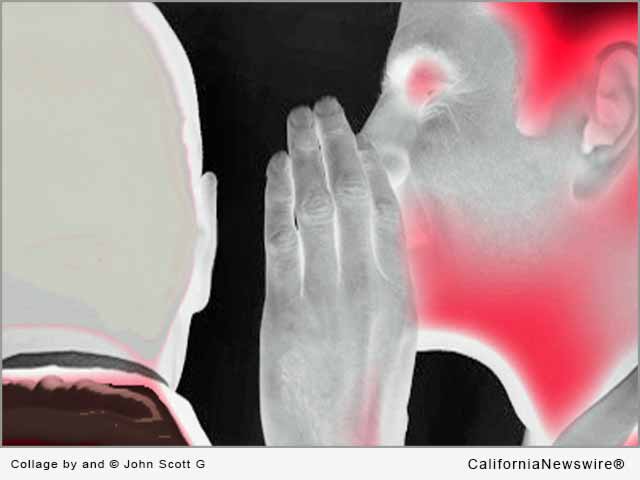 Mr. Felt departed this mortal plane a few years ago but his spirit lives on in the person I will call DT2016. He may or may not be serving in government; he may or may not be a card-carrying member of the Republican National Committee.

Details of how we met in secret under cover of night are not important, nor is a cataloguing of the copious amounts of alcohol and various other substances that the guy was seen to have imbibed prior to our rendezvous.

The place we inhabited during our conversation shall also remain unidentified but I cannot refrain from thanking the owner of a certain newspaper who allowed us to use the company’s bomb shelter for our consultation.

“Okay,” I said to him between shots. “What if I give you some names and you tell me what you know about those people?”

And here is how it went:

“There is no truth to the rumor that Donald Trump is made out of reanimated body parts dug up from the graves of Richard Nixon and Benedict Arnold.”

“Yeah, that story is actually about Mitch McConnell.”

“That makes sense,” I admitted.

“Yeah,” he nodded, “but what is true about the Donald is that he’s now wearing prosthetic hands so they look more normal-sized.”

“What a joke. Guy can barely do fourth grade arithmetic and he’s the so-called intellectual leader of Conservatism. It’s a total put-on!”

“He does seem ‘special’ whenever he talks,” I admitted.

“Paul Ryan is known as ‘remedial math boy’ to all the staffers.”

“I didn’t think so. Very few people can tolerate him.”

I told him I did.

“Ohmyfreakinggod what an a-hole. Shoulda been put on trial for treason.”

“It’s not too late for that,” I pointed out.

“Nope. Look, the Cons are happy that Cotton’s a traitor, and they’re even happier that he got away with it. And the Dems are too namby-pamby to do anything about it. Hell, they didn’t even go after the people who began plotting treason at that meeting on the night of Obama’s inauguration.”

“And Newt! Don’t forget that Newt was there, too.”

“Right. And it worked! Americans now hate Washington and politics,” he said.

“Instead, they should hate Conservatives and Republicans,” I said.

“Yeah, but they won’t because most Americans are stupid.”

“Wow, speaking of clueless, Louie Gohmert practically defines clueless. I mean, shoot, a lot of Cons are crazy for Christ, and all of ’em are crazy for cash, but Louie is just crazy, period. Not sure what Gohmert is on. Chlorpromazine, maybe. Whatever it is, some people say he’s supposedly arranging for it to be added to the water supply in his district.”

“Are you going to warn people who live there?”

“Hey, if they’re idiotic enough to elect Gohmert they deserve whatever they get.”

“You know how she had that campaign commercial where she bragged about castrating hogs?”

“Who can forget?” I replied.

“Well, she still castrates hogs on evenings and weekends.”

“Yeah, but she also castrates dogs that she ‘rescues’ from the Pound.”

“Yuppers. But hey — you didn’t hear it from me. Zip, mum’s the word. The ‘big guys’ think she’s got a real future in the Republican Party.”

“Wait ’til somebody exposes his secret ties to the KKK.”

“Jason Chaffetz is a member of the Klan?” I asked.

“Shhh, I’m not supposed to say anything about that.”

“Jeeze Louise that guy is as stupid as his haircut.”

On state and local GOP candidates:

“These collections of animal droppings should come with warning labels.”

“What kind of warnings would be on the labels?” I asked.

“That would be helpful,” I said.

“Yeah, or it could say ‘If you thought priests were pedophiles, wait ’til you see Republican congressmen.’ Things like that.”

“That would be a public service,” I said.

Across Healthcare announces the eDocSS app, an EHR integrated application that allows surgeons and institutions to comply with new Commission on Cancer Synoptic Operative Report Standards