As the insightful and entertaining host of “Hardball,” airing daily on MSNBC, Chris Matthews has awards and accolades galore. But lately he has slipped into two annoying habits: he clips syllables from words he speaks, and he cuts off words from the sentences of his guests. 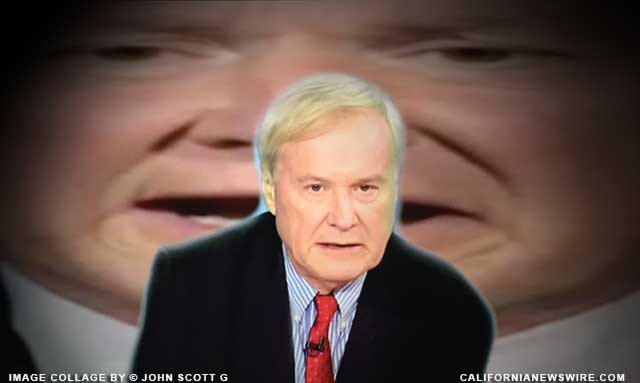 I enjoy watching “Hardball,” the MSNBC program hosted by the venerable political observer Chris Matthews. The man is impressively astute about people and public policy. But in his push to cover as much news as possible, he has fallen victim to the dreaded verbal disease known as SD. Yes, I’m afraid that Matthews suffers from Syllable Drop.

Listening to Matthews rush through his monologues, one cannot help but notice his use of truncated language. Let’s take a moment to consider some examples of the way he pronounces words.

“absoly” — as in “There is absoly no truth to the rumor of my sleeping with those twins.”

It sometimes seems as if Matthews’ headlong plunge into each of his show’s segments causes him to ignore the full extent of what his guests have to say. To maintain an inexorable forward momentum, he steps on others’ lines. Like so:

GUEST: I’m glad you asked me that, Chris, because it is vital to note that the most important part of this whole crucial situation is when the–

MATTHEWS: And I’m not even sure they always have the votes for it. Thank you for your observations. You’re once again prescient, as usual.

Why Bother With Guests?

As much as Matthews saves time by dropping syllables from his words and cutting off words from other peoples’ statements, he also has another idiosyncrasy: a tendency to run roughshod over his guests before they even get started with presenting their opinions, which leads to exchanges like this:

MATTHEWS: The congressional leadership runs a risk with their current lack of action, don’t you agree?

MATTHEWS: It just seems to me that they are turning their backs on their constituents. Your thoughts?

MATTHEWS: It may be common but it just seems flat out wrong! Go ahead.

MATTHEWS: I don’t know about you, but I’ve never seen anything like it.

GUEST: Sure. Well, the data–

MATTHEWS: We’ve run out of time but it’s always great to have you on the show. Coming up next, what the Washtin Post wrote about Hillry on her visit to Bahstin, Masschewsit.