Take heart, America: conservative attacks on democracy will not stand. A brighter future will arrive and we will demonstrate that conservatism’s bigotry, plutocracy, and inhumanity are not what make this country great. 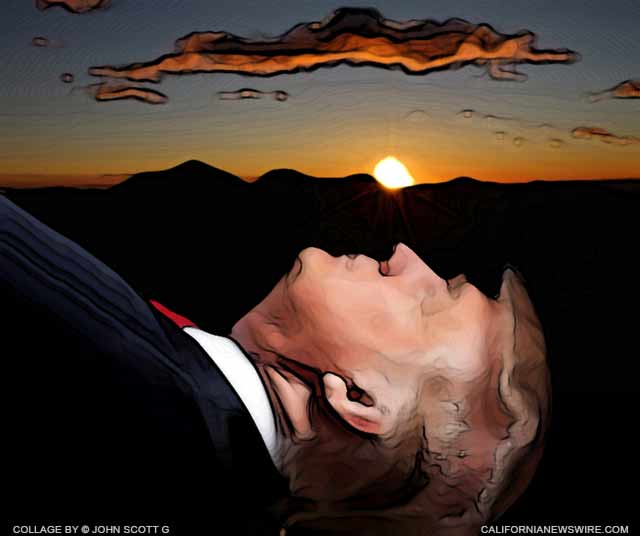 There are prerequisites for enjoying this column. In no particular order, you must have: sanity, an I.Q. above 85, and a soul. Since that clearly means conservatives will be left out, allow me to address them for a moment….

It is, of course, all of those things put together.

The main point is that decent human beings are finally realizing that conservatives are traitors to the ideals of America.

Heaven knows that the Left is often silly. Liberals can be lackadaisical. That’s how the country fell into the cesspool of conservatism that threatens America today.

Sooner or later, the pestilence known as conservatism goes too far. Let’s consider a couple of examples:

* Conservative greedwhores collapsed the global economy in 1929 and that motivated good people to work together. The result was the election of Franklin Delano Roosevelt. And that paved the way for Frances Perkins and The New Deal which changed American society for the better in so many important ways: The minimum wage. Unemployment insurance. Social Security. (They were also working on universal healthcare and might have achieved it if not for a little distraction called World War II.)

* George W. Bush collapsed the global economy in 2008 and that motivated good people to work together. The result was the election of Barack Obama. And that paved the way for a few little things like rescuing the economy, resurrecting the auto industry, establishing the Consumer Financial Protection Bureau, enacting the Dodd-Frank safeguards against Wall Street greed, and giving citizens the Patient Protection and Affordable Care Act.

Today, America is faced with new horrors of conservatism as briefly outlined at the beginning of this diatribe. How can the conservatard terror be vanquished? It takes work. It takes spreading the word about the evils of RWNJs. It takes organizing in neighborhood after neighborhood, precinct after precinct, district after district.

Seems like a daunting set of tasks, but here’s the thing: decent people outnumber conservatives. This may even be true in the current moron-majority states like Kansas, Wisconsin, Utah, and the South. That’s correct — even in areas that elected syphilitic whores like Paul Ryan and Mitch McConnell you can find lots of forthright citizens who, if properly motivated, will vote against the conservative contagion.

Even Many Trump Voters

Those poor misguided souls who believed that Trump was “going to bring back jobs” are in for a rude shock. Once they wake up to the fact that the jobs that are coming back to this country are going to be held by robots, they are going to vote for anything that is anti-conservative.

The Return of Reason

Editorial Note: Be aware this series of political articles may contain intentional satire by author John Scott G and is not fully based on fact aside from some of the stupider things, which are sadly 100% real. Hopefully you can tell the difference?