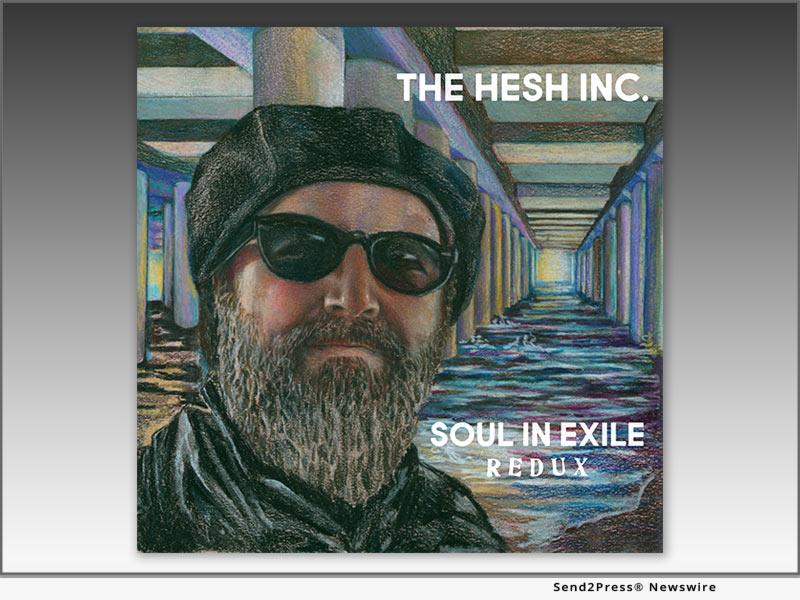 ENGLEWOOD, N.J., Jan 20, 2022 (SEND2PRESS NEWSWIRE) — Independent record label tHinc. Records is excited to announce the release of the latest album from The Hesh Inc., “Soul In Exile Redux,” available online everywhere on Jan. 28, 2022. The Hesh Inc. is a NJ/NY-based act led by singer-songwriter Heshy Rosenwasser (best known by his online moniker Hesh Meister), performing songs about exile, redemption, beach towns in the off season, and finding one’s place in the world.

tHinc. (pronounced “think”) Records is The Hesh Inc.’s proprietary label, which has put out releases by the artist since 1999.

“‘Soul In Exile Redux’ is a Rock album, in the Album Rock genre, by an artist who still believes in the power of Rock’n’Roll and albums, for fans of Rock music, in a world where such releases are increasingly rare, if not altogether archaic. It is the keystone release of the artist’s magnum opus, designed to put him and his music before newer and wider audiences who may be thirsting for new releases of this style of music,” Rosenwasser says.

Heshy has been an active musician since his high school days, starting his musical journey in Jerusalem, Israel and then making his way through Boston, New Jersey, New York, Philadelphia, and Los Angeles, playing in bands covering a range of styles and genres from Rock to Disco to Reggae to Jewish music. He has released five albums of original music and has lent his keyboard and vocal skills to various artists in all the above-mentioned styles and locations. He has always considered the Jersey Shore his spiritual and creative center, returning there between and during his sojourns in those other places.

For bookings and further information, contact: tHinc. Records at: TheHeshInc.music@gmail.com

This press release was issued on behalf of the news source, who is solely responsible for its accuracy, by Send2Press Newswire. To view the original story, visit: https://www.send2press.com/wire/independent-label-thinc-records-announces-the-new-album-soul-in-exile-redux-from-the-hesh-inc/