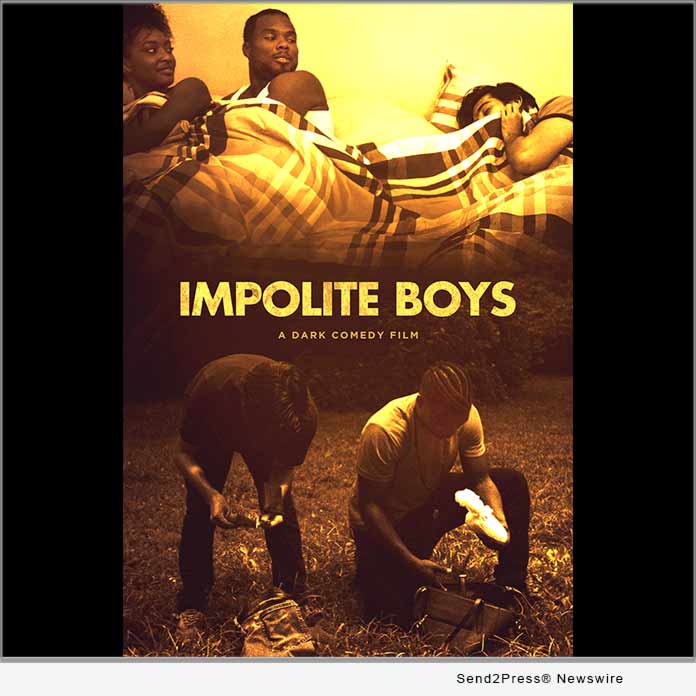 NEW YORK, N.Y., Sep 23, 2021 (SEND2PRESS NEWSWIRE) — “Impolite Boys,” a dark comedy film that depicts the life of Peter and John, two unbearable young boys who struggle as they can to survive the adversities of New York life, is now available on Apple TV, VUDU, Google Play and Amazon. “Impolite Boys,” written, produced, and directed by Hamado Ouedraogo, is punctuated with provocative gags, intrigues, a fascinating hypocrisy and jealousy of a stepmother.

“My company made a schedule to shoot two feature films per year until 2025 according to our slate,” Ouedraogo said. “But because of the pandemic, everything stopped and I found it necessary to make people laugh. So I wrote in 10 days a compilation of hilarious and provocative gags called IMPOLITE BOYS. I am happy because I heard a woman say that this film is a stress killer.”

The film stars Marvelous Jarvis, as Peter, and Sam Arthur, as John. Frank Failla, Nedra Shamberger, and Sarai Quinice are cast in supporting roles. The film was produced in September 2020 and post-production by December. Run time is 71 minutes. (US/English release).

This press release was issued on behalf of the news source, who is solely responsible for its accuracy, by Send2Press Newswire. To view the original story, visit: https://www.send2press.com/wire/impolite-boys-a-slice-of-life-dark-comedy-set-in-new-york-now-available-on-popular-streaming-channels/