It was girl power all the way as the cast of “Girls Trip” hit the “pink” carpet at L.A. Live last Thursday night. 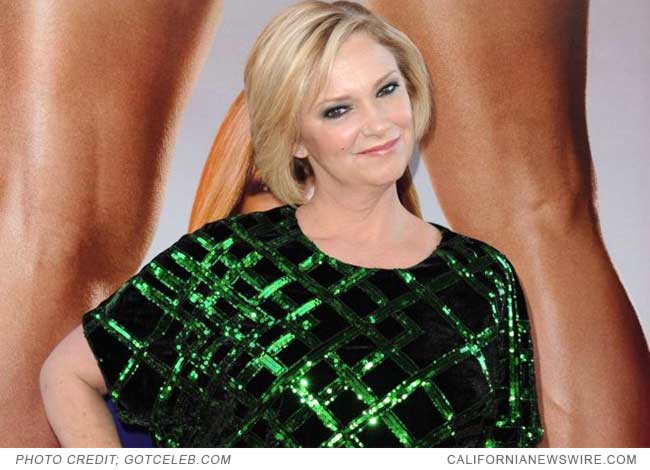 The movie already, being called the movie of the summer, is a message of female friendship and support. An all-female leading cast is so rare in Hollywood these days, but it’s nice to see that Hollywood realizes that the ladies can bring in those big bucks at the box office bucks.

According to predictions from IMDB.com, the movie is set to make an estimated $23 million on its opening weekend with estimates around $70 million long term and that’s only in the U.S.

Lara Grice (pictured above) joins the star-studded cast as “Bethany,” an executive trying to nail down a million-dollar brand deal with one of the leading ladies.

Starring Regina Hall, Queen Latifah, Jada Pinkett-Smith and Tiffany Haddish are the four best friends who need to take a little time away from real life and rekindle their friendships. The girls head to New Orleans for the Essence Festival, and it makes for some R-rated fun.

Grice says, “Now that I am older, I am more aware of how difficult it is to convince Hollywood that women can not only hold their own but headline a big budget movie — especially a comedy.

“It was enlightening for me when I auditioned for a role in the movie ‘Logan.’ It was obviously a ‘female’ role because it was a sex scene with Hugh Jackman. As an actress, sometimes you have to be realistic, and I thought no one wants to see me having sex, so I read for the role with some humor. The casting director was amused, and it struck a chord with her, so she asked me to read for the part of the car salesman, a role stereotypically carved out for a man. I had fun with the reading because I had nothing to lose and boom – guess what? I got it! Sorry fellas and thanks to the casting director who thought outside the box.”

“It was a valuable lesson: to take a chance & think outside the box which sometimes as an actress is never easy to do out fear of either losing the job or never being called in again! On this particular occasion, it paid off for me.”

“Logan” hit the big screen last month starring Hugh Jackman, Patrick Stewart, and Dafne Keen. According to Forbes.com, “Logan” is the largest R-rated movies both in the U.S. and abroad.

“There just aren’t as many female roles in big budget movies as male roles. It’s a simple numbers game, so sometimes you have to bite the bullet and take a risk. By the way, the role in ‘Logan’ that I was initially called in for was cut from the final script anyway. It was a lucky break,” adds Grice.

In a study of the top movies from 2007 through 2009, the USC Annenberg School of Communications found that just 32 percent of roles in movies go to female actresses. The good news is that Hollywood is changing.

2016 saw a record number of female lead roles thanks to movies like “Rogue One: A Star Wars Story,” “Hidden Figures,” and “Arrival.”

Females also made up 29 percent of protagonists in the top 100 films at the U.S. box office, according to a new study by San Diego State University’s Center for the Study of Women in Television & Film. That number was up seven percentage points from 2015.

Female led films are also making more of an impact at awards ceremonies both “Hidden Figures,” and “Arrival” received nominations for Best Picture at the 89th Academy Awards.

“Attending the premiere of ‘Girls Trip’ was so exciting and surreal. They had a pink carpet. Thank goodness! Pink – empowering; Red – intimidating. It’s so interesting and – may I add, mouth-drying – answering all those rapid-fire questions. I remember entering the huge movie theater, taking my seat and then breathing a sigh of relief that now – after that long walk plus 20 years of preparation, I was going to relax and watch a movie-oh wait! I forgot – I’m in it! Holy balls! This is the Best Hollywood night of my life. So far,” adds Grice.

“Girls Trip” is set to hit the big screen on July 21st however with incredibly positive reviews already online after a recent screening in L.A. it may turn out to be the must-see movie of 2017.

“Can I tell you? I laughed so hard. I knew what was coming and I was still surprised. I even gasped at one point. And I am so proud and appreciative of how beautiful my beloved hometown of New Orleans is portrayed. She is her own character – as she is – and this is the best representation of New Orleans in cinema that I’ve seen in the last 20 years.”

Malcolm D. Lee mentioned Grice before the screening in LA she says she was blown away.

Grice said, “OMG my mouth was agape. I would have lost my lunch money if I were to bet that would’ve happened. I was blown away – especially being surrounded by all those powerhouses in the room. That was a super cool thing for him to do. But that’s Malcolm D. Lee.”

You can check out the official trailer for “Girls Trip” here:
(YouTube – Universal Pictures)

Photo Credit: GotCeleb.com Lara Grice on the ‘Pink’ carpet at the premiere of “Girls Trip.” Image provided by article author RHJ for use on CaliforniaNewswire.com – please report any mis-use to the editorial staff.

This original article first appeared on CaliforniaNewswire.com, a publication of the Neotrope® News Network, USA. Article is Copr. © 2017 by Raychel Harvey-Jones and this version Copr. © Neotrope – all reprint and reproduction rights reserved (not for republication). Follow Raychel on Twitter at @RaychelENewsNow and @CalifNewswire. No fee or other consideration was paid to this site or its publisher for publication of this story. Information is believed accurate and was fact checked, but is not guaranteed.

Seattle Sensation Arnaldo! Heads Talented Cast in LIFE IS A CABARET on August 10