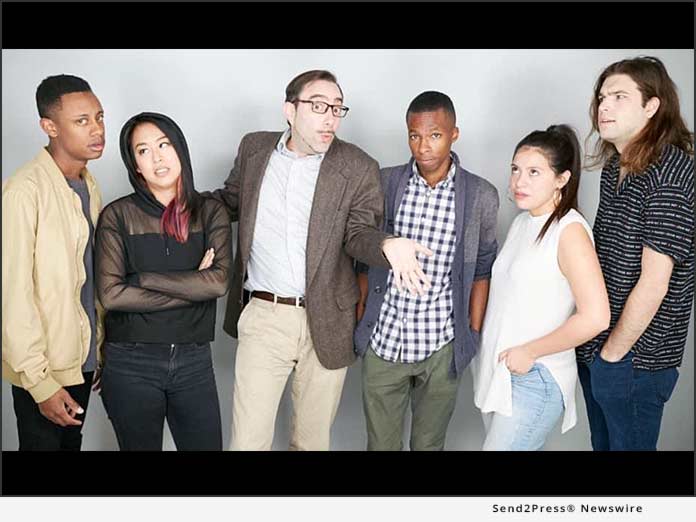 The group brings the teens together in various ways, enabling them to lean on and learn from one another. An authentic relatable approach is taken in the series, addressing issues prevalent in teens today such as anxiety, depression, anger, bulimia and familial stress.

“Generation Z was really important for me to make because when I was a teenager, 15 or 16 years old I didn’t have anybody who looked like me dealing with mental health and I had nothing to look to,” explained Zachary Michaels, the Creator and Executive Producer. Michaels, a young African American man, who also portrays one of the 5 main characters, directly represents the Gen Z demographic at 23 years old. “With our series I wanted to have many different people from various walks of life coming together, finding better ways to deal with their mental health and to create a series that anybody could connect to and learn from.”

The pilot episode was self-funded and released in Fall 2017. Following its release the episode was named the ‘Stareable’ Staff Pick of The Day and received honorable mentions from the ‘International Online Web Fest’ & ‘Virgin Spring Cinefest,’ as well as being an official selection of the ‘AAB International Film Festival’ & ‘Roma Cinema DOC.’

Also in 2017; an Indiegogo campaign was started to fund the remainder of the 7 episode series. Five additional episodes were shot in various locations throughout the greater Los Angeles area over the last two years; which are currently being released weekly. The season finale episode is slated to be shot in late 2019 following an additional crowdfunding campaign launching 7.22.2019.

“We are looking forward to hearing from people about which characters they connect to and how they’ve responded to the different mental health issues that we did focus on,” explains writer Jenna Cortis.

“With the ever-growing acknowledgment of the importance of mental health along-side the push for de-stigmatization, Generation Z shows this generation is not backing down in addressing mental health,” states Executive Producer, Jennifer Gonzales of HealthGenYZ.

Gen Z is the most diverse generation in history and the cast and crew accurately represents that. 91% of Gen Z said they experienced a physical or emotional symptom due to stress and mental illness in the past year and Generation Z gives direct insight to these very issues that our youth are facing. This is a series not to be missed!

The Role of ‘Green Therapy’ in Improving Mental Health