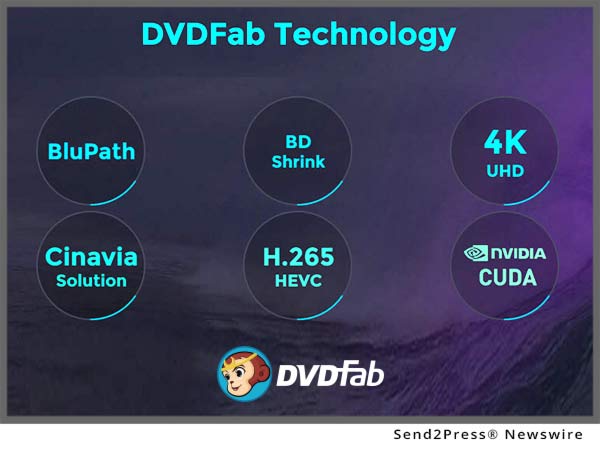 BEIJING, China, Mar 20, 2017 (SEND2PRESS NEWSWIRE) — On March 17, Fengtao Software, the industry leader in the field of DVD, Blu-ray and video backup solutions, unveiled its big promotion for the “2017 Spring Break” time, giving a 25 percent coupon on its best-seller of all time DVDFab All-In-One Lifetime Gift and another 30 percent hot discount on its entire Cinavia solution relevant products. The promo runs until April 5, 2017. Read on to dig more information.

Spring is a season fulfilled with hopes and inspirations. The ice starts to melt down and rivers are beginning to ripple, the snow turns into water and the mountains are becoming green again, and the peach flowers are also swaying in the warmth of the March wind. It’s time to take a break and enjoy the great beauty of the nature.

To join its customers embracing this blooming season, Fengtao Software is giving 25 percent off on its best-seller of all time, the DVDFab All-In-One Lifetime Gift, which shall cover the diverse demands on copying and ripping DVDs/Blu-rays, converting videos and authoring homemade DVDs/Blu-rays. This all-inclusive solution packs all the lifetime versions of DVD Copy, DVD Ripper, Blu-ray Copy, Blu-ray Ripper, Blu-ray to DVD Converter, DVD to Blu-ray Converter, DVD Creator, Blu-ray Creator, Video Converter, and the newly introduced DVD Cinavia removal software and Blu-ray Cinavia removal software. Moreover, buying this bundle before April 6, 2017 can also get you a $20 Amazon Gift Card for free!

Cinavia is an anti-copy technology invented and implemented by major movie studios on DVD and Blu-ray releases and all the mainstream home DVD and Blu-ray players. It works by planting the watermark in the audio tracks of the “infected” DVDs and Blu-rays to prevent movie consumers from making backup copies of the original discs even they have legally bought those discs. Even customers make copies and play them on the Cinavia enabled playback devices, the audio will mute and video halt when the playback reaches 20 minutes.

Now Fengtao Software has the world’s first complete and permanent Cinavia removal solution that helps its customers get rid of the annoying watermark once and for all. The removal solution consists of two products, the DVD Cinavia Removal and Blu-ray Cinavia Removal. The former is integrated in its DVD copy software and the latter in the Blu-ray copy software, Blu-ray ripper software and the Blu-ray to DVD converter software.

During the Spring Break time, all these Cinavia relevant products are being offered at 30 percent off. Do take fast actions if the deals interest you, as the promotion is scheduled to close at the end of April 5.

For the detailed terms and conditions of DVDFab Spring Break Promotion 2017, please refer to www.dvdfab.cn/promotion.htm

This press release was issued on behalf of the news source, who is solely responsible for its accuracy, by Send2Press Newswire. To view the original story, visit: https://www.send2press.com/wire/dvdfab-spring-break-promo-enjoy-30-percent-off-on-all-cinavia-solution-series/