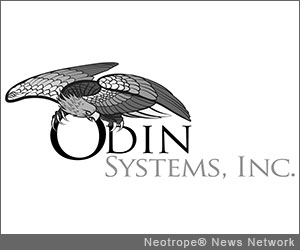 SAN FRANCISCO, Calif. /California Newswire/ — In the weeks following the Boston Marathon bombing, articles have been written about how cities around the globe will start to increase their video surveillance systems. However, just pumping more money into cameras isn't a panacea on its own, according to Dustin Saylor, CEO of Odin Systems Inc., a video surveillance design company in California.

"Two major shifts will occur," he says. "The first is that cities will move away from the current practice of using general contractors and electricians to install cameras.

"Many jurisdictions use city-employed electricians, rather than industry specific engineers and designers to implement a security system. In reality, there are too many complexities that go into the process," says Saylor, "specifically in the areas of technology selection and design."

One of the key characteristics of a powerful surveillance system is how quickly video footage can be scanned and indexed as this directly affects how fast suspects can be identified. A robust system has a range of resolution, connection, lens configuration, tracking, implementation and software scenarios that have to be calculated. It also has to be well maintained.

"Boston had a stellar enforcement team that brought criminals to justice, but suspects under chase are a huge flight risk. The bigger the window of time, the further they can fly," Saylor added. "Every second counts."

The second major shift in surveillance trends will be municipalities using their own, advanced systems rather than outside and outdated technology.

"Relying on external, private cameras is not reliable for a city and it takes extra minutes, hours or days to secure and review the footage."

Some of the images shown in the media were digitally zoomed, says Saylor, which is a last case scenario and can significantly decrease image quality. Today's surveillance options can recognize individuals in a wide range of scenarios and possess camera resolution five times greater than what has been available over the last four years. This breakthrough allows law enforcement to recognize individuals beyond a reasonable doubt, a standard critical for evidence admission in a court of law.

The CEO is also passionate about freedom and safety and says that in order to have one, we must have the other.

"I'm a stout believer in our rights as individuals," he says, "but our lives, liberty and happiness will continue to be under siege when they are subjugated by fear. Large public areas need proper camera design and maintenance for the purpose of bringing criminals to justice and thwarting future crimes."

Odin Systems Inc. specializes in video security solutions customized for business, municipality and law enforcement needs. Our staff has comprehensive expertise in the areas of design engineering, wireless surveillance systems and in customized scalable security solutions. For more than 20 years, we have designed, built and installed video surveillance systems ranging from small to organizational. We are dedicated to our clients and deliver what we promise on time and on budget.

We dedicate a significant part of our operation towards engineering video surveillance solutions for law enforcement agencies in the Bay Area and the rest of California. Odin understands the unique challenges facing these departments and the jurisdictions they serve and so designs systems that allow municipalities to protect and serve at the highest levels possible. For more information, visit: http://odinsystems.com .

Artificial Intelligence in Performance Marketing: UCLIQ Believes Its AI-Based Traffic Delivery and Multi-Layer Fraud Prevention That Can Reshape the Industry