SAN FRANCISCO, Calif. /California Newswire/ — The Conegliano Valdobbiadene Prosecco Superiore D.O.C.G. is pleased to announce its 2019 communications program for the United States. The Consorzio of vine-growers, winemaking companies and bottlers from Italy’s Conegliano Valdobbiadene, which was established to safeguard the standards of what eventually became the D.O.C.G. criteria in crafting wines of the highest quality and distinct provenance, is celebrating the 50th anniversary of the appellation. 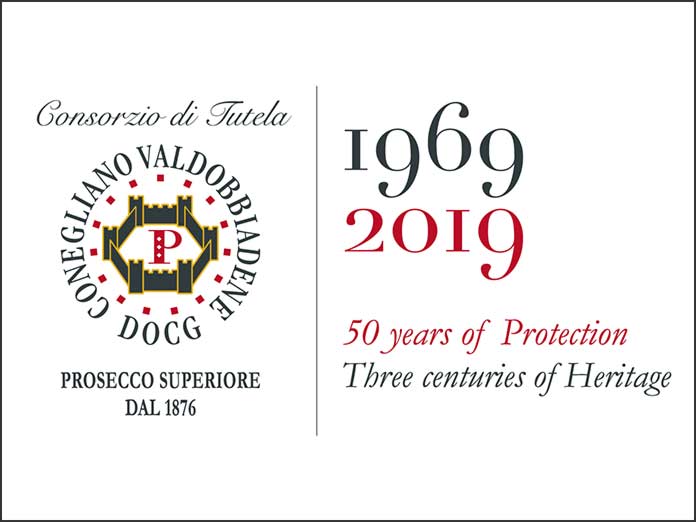 Their mission is to increase appellational recognition of D.O.C.G. Conegliano Valdobbiadene Prosecco Superiore and its nuanced, complex, world-class sparkling wines. The United States is the 4th largest importer of Prosecco Superiore, and the Consorzio hopes to further engage its loyal audience while introducing new sparkling wine lovers to the D.O.C.G. category.

The Consorzio also hopes to attract new consumers with a greater emphasis on its unparalleled quality-to-price ratios. Though Conegliano Valdobbiadene Prosecco Superiore D.O.C.G. wines tend to be priced slightly higher than traditional Prosecco, the wines are still immensely affordable given the quality, making them desirable for a range of consumers. The wines are relatively low in alcohol as well, and offer a range of styles, dosage and terroir, all of which boost D.O.C.G. Conegliano Valdobbiadene Prosecco Superiore’s appeal to an increasingly health-conscious society as well as its enhancing ability to pair with a host of cuisines.

The trade campaign will include working with three well-respected sommelier ambassadors including Amy Elizabeth Thurmond of Leuca in Brooklyn, New York, Jennifer Wagoner of Sepia and Proxi in Chicago and Iris Rowlee of Perbacco and Barbacco in San Francisco. Their work will include spokesperson roles, an in-depth restaurant educational program and participation in targeted trade events. The press campaign includes a series of events, a sampling program, social media engagement and ongoing press outreach. The advertising campaign is focused on online partnerships with key wine and food influencers.

“We are excited to launch such a strategic and comprehensive communications campaign effectively targeting both trade and press,” says Innocente Nardi, President of the Consorzio of Conegliano Valdobbiadene Prosecco Superiore D.O.C.G. “The US is an extremely important market for our top quality, world class sparkling wines.”

About the Consorzio of Conegliano Valdobbiadene Prosecco Superiore D.O.C.G.

The Consorzio is a private body created to represent vine-growers, winemaking companies and bottlers from Conegliano Valdobbiadene and to safeguard the standards of what are now the D.O.C.G. criteria in crafting wines of the highest quality and distinct provenance. Their work is focused on three major areas: protection, promotion and sustainability. They improve sparkling production methods, provide assistance and training and supervise all stages of winemaking to guarantee the quality of this outstanding, Italian viticultural region. Prosecco Superiore exports to over 140 countries of which the United States ranks 4th with 3 million bottles (out of a total 33 million bottles) with a value of over $14 million.

Created in 1969, Conegliano Valdobbiadene Prosecco Superiore was one of the first Italian appellations to earn D.O.C. recognition, obtaining the D.O.C.G. status in 2009. These sparkling wines come from the historic area of Prosecco production, a unique, hillside terroir that is now in line to be recognized as a UNESCO World Heritage Site. Conegliano Valdobbiadene is situated in the northeast of Italy, between Venice and the Dolomites (at the foothills of the Alps), offering a mild, temperate climate ideal for grape growing, producing serious food wines with pairing versatility, showcasing a range of different styles, aroma and flavor characteristics.

Founded in 2003, Charles Communications Associates, LLC (CCA) is an independent creative marketing communications and public relations firm based in San Francisco, California, that helps local and global companies create, build, and launch brands. Recognized as one of the most effective marketing firms in the wine industry, CCA is also known for success in the gourmet, natural, and organic food and beverage categories, as well as for top shelf spirits and luxury products marketing. Please socialize with us @CharlesComm on Twitter, and @AlltheSwirl on Instagram and Facebook.

The Power of Messaging: Ad Agency Challenges Industry to Spread Message to Encourage Audience to Vote