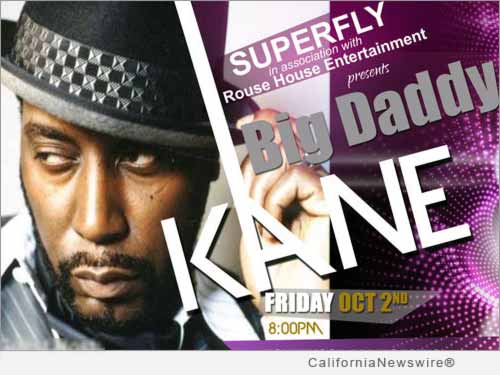 LOS ANGELES, Calif. /California Newswire/ — Author Gloria Goldwater opens our eyes to the Golden Age of hip-hop music, as it grew from a localized sub-culture to a worldwide lifestyle in "SuperFly – My Untold Story of Hip-Hop" (ISBN: 978-0991356003). Her writing revisits her wide-eyed enthusiasm as she launched her improbable magazine publishing career, dedicating herself to a genre that was still unfamiliar to mainstream America and a wide array of artists who were just beginning what would become legendary careers.

On Friday, October 2, 2015, "SuperFly – My Untold Story of Hip-Hop" will release as a book version at the Comedian SHANG Host Big Daddy Kane SUPERFLY Release Party. Attendees will be able to meet the author, purchase a signed copy and ask her various questions.

Hosted by Comedian SHANG, one of the Hottest rising comics in the country, the Superfly Release Party takes place at the famous Hollywood Park Casino located at 3883 W. Century Blvd., Inglewood, CA 90303. In addition, guests will be entertained with a special guest performance by legendary Grammy(R) Award-Winning Rapper Big Daddy Kane whom is sure to bring the house down.

Kane, considered to be one of the most influential and skilled MCs in hip-hop is mentioned in "SuperFly – My Untold Story of Hip-Hop."

"Big Daddy Kane is still today one of the best rappers. I would put Big Daddy Kane against any rapper in a battle. Jay-Z, Nas, Eminem, any of them. I could take his 'Raw' 'swagger' from 88 and put it up against any record from today. Kane is one of the most incredible lyricists… and he will devour you on the mic. Big Daddy Kane can rap circles around cats. Back in the day they all used to hang out at Superfly Magazine headquarters in New York City and chop it up," states Goldwater.

Learn more about the book at: http://www.superfly-hiphopuntoldstory.com/.

The Superfly Release Party will be a one-of-a-kind experience for those that love Hip-Hop and that are true to the experience. Tickets range from $25 to $50 and can be purchased by calling (213) 926-2809 or by going to http://bit.ly/BigDaddyKaneHollywoodPark

About KRPR Media:
KRPR Media is one of THE SOUGHT AFTER entertainment public relations firms.

Drag Queen Story Hour Hosts 2020 World Pride Party via Livestream, a Celebration of Diverse Stories for Kids Across the Globe