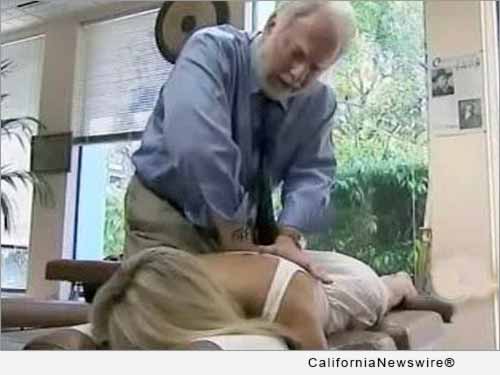 CORTE MADERA, Calif. /California Newswire/ — Dr. Don Harte, noted Marin County, Calif. chiropractic activist, is calling the latest proposed use of the diabetes drug, metformin, "Nuts!" "In the 2/22/16 issue of TIME magazine, in what they call the 'Longevity Issue,' I have seen THE most outrageous potential claim that Medicine has ever made," declares Dr. Harte.

"The author has 'Burning Question #5'…'Can a diabetes drug cure aging?'" Harte is upset: "This is THE most scientifically depraved thing that I have heard in a long time from Medicine."

Dr. Harte states, "From what I've read in this article, the research basis for this claim is questionable, the basic science is baseless and the forecast of economic benefits is fantasy beyond what even Congress could come up with." He notes, "The author is saying that they believe that this common diabetes drug, metformin, may 'cure aging.' She writes, 'There are lots of things to suggest metformin is a little bit on the edge of magic.' Medicine has made claims like that, in previous years, for everything from cocaine to thalidomide to Fen-Phen."

Dr. Harte goes on, "Rather than curing diabetes or creating 'health,' you should check out all the side effects of metformin, including increased infections, headaches, digestive problems, muscle pain and light-headedness." He adds, "Seen the late night lawyer ads on TV? So many diabetes drugs have been taken off the market due to death from heart disease. That's how I lost my father, a very long time ago."

"Philosophically," Dr. Harte says, "Medicine IS NUTS. They actually think, or want you to think, that health comes from their drugs and their surgery, from 'Outside-in.' In Chiropractic, we're smart enough to appreciate that health comes from within. Chiropractic corrects interference to your body's own innate intelligence, allowing your body to heal itself. It's as simple as that!"

Dr. Harte notes, "When I was a kid, I used to read the comics in the newspapers. Now, I read the multi-page, slick drug ads and the 'latest medical miracle' articles in TIME magazine. Same thing!"

Dr. Don Harte, former medical student, is a principled, traditional chiropractor serving Marin and the Greater Bay Area since 1981. He is an activist in the struggle for free speech for chiropractors. Dr. Harte was named 2006 "Chiropractor of the Year" by the World Chiropractic Alliance (WCA). He has served on the Boards of the WCA and the Council on Chiropractic Practice. His articles have been published in OMNI magazine, San Francisco Chronicle, Chiropractic Journal and Journal of the California Chiropractic Association.

More information on and from Dr. Harte: http://www.chirodrharte.com/.

Living Drug Free: Why the Church of Scientology and Scientologists Support Drug Prevention