SACRAMENTO, Calif. /California Newswire/ — Governor Edmund G. Brown Jr. today appointed Juan Felipe Herrera to the position of California Poet Laureate. Mr. Herrera, 63, is the author of twenty-eight books and currently serves as the Tomas Rivera Endowed Chair in the Department of Creative Writing at the University of California, Riverside. He was a professor and chair of Chicano and Latin American Studies at California State University, Fresno, from 1990 to 2004 and a teaching assistant fellow at the Iowa Writer’s Workshop at the University of Iowa from 1988 to 1990. 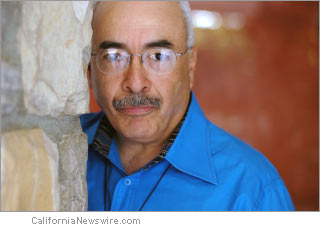 Herrera’s work has received wide critical acclaim including numerous national and international awards. In a 2008 review of his work, Stephen Burt of the New York Times wrote, “All life, all art, involves boundaries, if only those of birth and death. Some poets keep us conscious of those boundaries; others, like Herrera, discover their powers by defying them. Many poets since the 1960s have dreamed of a new hybrid art, part oral, part written, part English, part something else: an art grounded in ethnic identity, fueled by collective pride, yet irreducibly individual too. Many poets have tried to create such an art: Herrera is one of the first to succeed.”

Upon his receipt of the PEN Beyond Margins Award in 2009, the University of Arizona Press wrote, “For nearly four decades Juan Felipe Herrera has documented his experience as a Chicano in the United States and Latin America through stunning, memorable poetry that is both personal and universal in its impact, themes, and approach. Often political, never fainthearted, his career has been marked by tremendous virtuosity and a unique sensibility for uncovering the unknown and the unexpected.”

The son of migrant workers from Mexico, Mr. Herrera earned a Bachelor’s Degree from the University of California, Los Angeles, a Master of Arts in Social Anthropology from Stanford University and a Master of Fine Arts from the University of Iowa. He was elected to the Board of Chancellors for the Academy of American Poets in 2011, was awarded the Guggenheim Fellowship in Poetry in 2010 and won the National Book Critics Circle Award in Poetry in 2009.

This position requires Senate Confirmation, and the California Arts Council provides an annual stipend. Herrera is a Democrat.